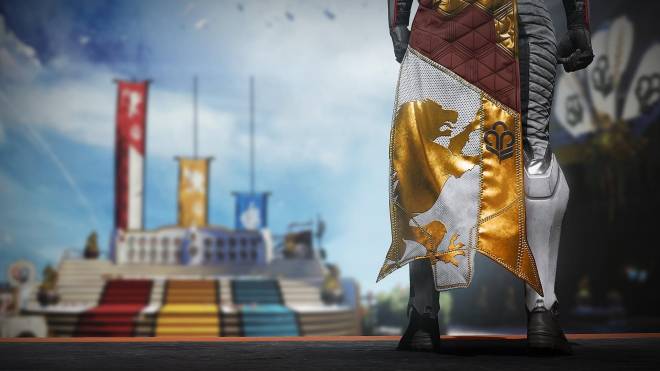 #TWAB // bung.ie/2yimyqO “This week at Bungie, Titan domination continues. Guardian Games continues into its second week and, after a good showing by Hunters on Day 1, it’s been all Titans all day every day. The book readers haven’t scored a win yet, but are optimistic they can rally. After Day 1, we saw a lot of players asking about score weighting since the results seemed to play out like the population of classes predicted. Since Titans have been relentlessly destroying the other classes, we have seen players asking if there may be some other issue going on. As a Hunter, I too am in disbelief as I watch our flag try to bury itself into the ground. We’ve been double checking behind the scenes and digging into the data to get a better picture of what’s going on. Here is Senior Designer Peter Sarrett to share some of our findings. ——/-/-/-/-/-/-/—— Peter Sarrett: When we first started planning Guardian Games, we knew there were more Hunters than other classes in the population and we’d have to do something to account for that so that the competition would be fair. “Fair” can mean different things. Our goal was that each class should have an equal chance to win regardless of its size, and that participating in the event should never hurt your team. That last part is important, because it ruled out the simplest approach of basing results on the average contribution per class. While this would effectively normalize the classes based on how many people participate, it would also create a situation where participating at anything but a maximal level could actually HARM your team by bringing its average down. Dipping your toe into the event by depositing a single bronze medal per day would be worse for your team than just staying home. So instead of normalizing based on participating players, we decided to normalize based on the pool of potential players. For each class, we counted every character who played at least one activity over the 30 days prior to the event and then divided that result by the total across all three classes. The result is the scaling factor that we apply to each medal deposited. This method means that medals from Warlocks and Titans count more, counteracting Hunters’ population advantage, and ensures that even a minimal level of participation helps your team. The more members of your class that show up to play, the better your class will do. It also means we don’t have to worry about players creating tons of dummy alt accounts once the event begins to try to tank a team’s chances. On Day 1 of the event, Hunters won not simply because there are more of them, but because a greater percentage of them showed up and contributed. On Day 2 Titans arrived and began outperforming the Hunters. Warlocks are, no doubt, considering all the angles and planning for the right moment to strike. This graph shows how many of each class actually participated, relative to how many characters each class had active during the prior 30 days of the event beginning. You can see the tight correlation between more bodies in the game and the outcome of the competition:

But that’s not the whole story. Titans haven’t just been overwhelming the competition with a flood of muscle mass. They’ve also been out-depositing the other classes on an individual basis. On average, each Titan has contributed more medals to their cause than each Hunter or Warlock. This was even true on Day 1 but, on that day, there were enough Hunters participating that they made up in bodies what they lacked in output.

So we can see that Titans are outperforming on two fronts: a higher percentage of their ranks are showing up to participate, and when they do, each of them is depositing more medals than their competitors. If Hunters or Warlocks up their game and get more of their compatriots to pitch in, there’s still time to steal the momentum. We’ve seen the reports of shenanigans with players finding glitches to turn in more medals, or even be dedicated enough to delete characters to be able to put in extra medals for their team. We dug into the data to see if this was something to be concerned about and found neither case was having any impact on the results. It’s also worth mentioning how the flags in the Tower work. At the start of the day, all the teams are even and so the flags begin at the midpoint of their poles. This represents equilibrium, where all teams have an even 33.33 percent of all accumulated points for the day. As medals get deposited and teams move away from equilibrium, the flags adjust. We expected that teams would stay fairly close to each other, and that all the action would occur in a narrow band around the equilibrium point. If a team ever pulls 5 percent ahead (with a total of 38.33 percent or more of all points), their flag will hit the top of their pole. Likewise, a team dropping 5 percent behind (at 28.33 percent or less) will hit the bottom of their pole. If a team goes beyond these values, their flag will just stay pegged at the top or bottom until the values come back into that +/- 5 percent window. We don’t plan on making any changes that will affect the results in any way. Our goal has always been to create a competition that is decided by how much each class engages with the event, and not which class has the largest roster. Titans are currently engaging the most, but we will see if they keep it up.” ——/-/-/-/-/-/-/—— Follow the link for the full TWAB blog from Bungie: 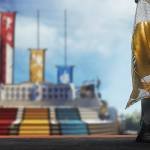