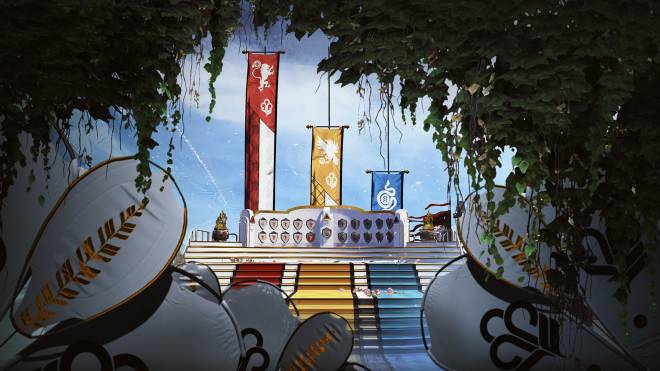 #TWAB // bung.ie/2SL8j52 “This week at Bungie, Guardian Games nears the finish line. But before we dive into our weekly update, here’s a word from Luke Smith about a topic on many players’ mind these days: Eververse. ——/-/-/-/-/-/-/—— • REWARDS IN DESTINY 2 • Hey everyone, This week’s update is going to look at some of the changes coming to Destiny 2’s rewards. As you know, rewards for your character come from a variety of places: Playlists where you find random folks to play with, aspirational activities like Raids, Trials, and Dungeons where you form up a Fireteam, and even Eververse, where you sling some Silver or Bright Dust back at us for items you want. However, in today’s Destiny 2, the balance of the game’s rewards is not where we want it to be. To be blunt, there isn’t enough pursuit out in the world. We’re going to fix it. Let’s get to it. All of this and more is planned for Destiny 2 Year 4: ✨ VANITY AND ACCESSORY (SHIPS, GHOSTS & SPARROWS) CHANGES ✨ We will be adding a Transmogrification feature to Destiny 2. • This will allow players to turn their Armor into Universal Ornaments. • We plan to allow players to do this with in-game effort OR Silver. • This feature is in early development and is expected sometime during Year 4. Each Season we will deliver an aspirational pursuit for armor. We haven’t done this consistently in Destiny 2. • This armor will come from activities, not the Season Pass nor Eververse. • As an example: We removed the Eververse Armor from Season 11 and itemized it into an aspirational activity, because this is the right thing to do for the game. We are improving the rewards for Aspirational Activities (Raids, Trials, Dungeons) • Going forward, Aspirational Activities will reward players with power, items, and vanity. • When we build an Aspirational Activity it will have at least one accessory to pursue. • The team is working on Adept Weapons for Trials of Osiris. • Trials will get new Armor (aka not reprisal), accessories, and weapons in Season 13. • Trials will get new Armor every year. • Destiny’s next Raid will have brand new Armor, Weapons, and Exotic Accessories to pursue (no spoilers). Beginning in Season 12, we will no longer be selling ships, ghost shells, sparrows, or armor ornaments in Eververse that are visually based on themes from Aspirational Activities. • We are not planning on changing existing items as that is time we could be spending on itemizing the future. ⚔️ CORE PLAYLIST REWARDS CHANGES (STRIKES, GAMBIT, AND CRUCIBLE) ⚔️ We are adding a new set of Armor for the core playlists (Strikes, Gambit, and Crucible). • This armor shares a set of new geometry, with decals and shaders specific to the activity. • We will create new sets like this each Year (e.g., Year 4, Year 5, Year 6, etc.) • This set will arrive alongside the next Expansion. Starting in Season 12, we are adding a new Pursuit Weapon each Season. • This weapon can be earned by playing your preferred Core playlist. • This weapon will have activity-specific Legendary Skins that can be unlocked in each playlist. We will no longer be selling new Legendary Weapon Ornaments in Eververse ✨ DUST AND ENGRAMS. ✨ We are making it easier for you to earn Bright Dust. • We will be moving away from character-specific ways to earn Bright Dust and more toward Account-specific paths. • This change is geared toward giving one-character players significantly more Bright Dust than they earn today. We’re updating the Bright Engram to be more relevant than it is today. • The earned Bright Engram in the Season Pass will be updated to include various Year 3 Eververse items previously sold for Silver and Bright Dust. And going forward, that Bright Engram will update each Season to include Eververse items from 3+ seasons prior. On behalf of all of us at Bungie, we hope you and yours are safe and well. We know you could be doing anything with your free time, and so, so many of you are spending it in our worlds. Thanks, and stay safe. See you soon, -Luke Smith And now back to your regularly scheduled TWAB!” ——/-/-/-/-/-/-/—— Full TWAB blog here, Guardians: bung.ie/2SL8j52 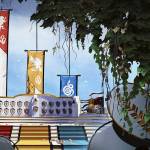