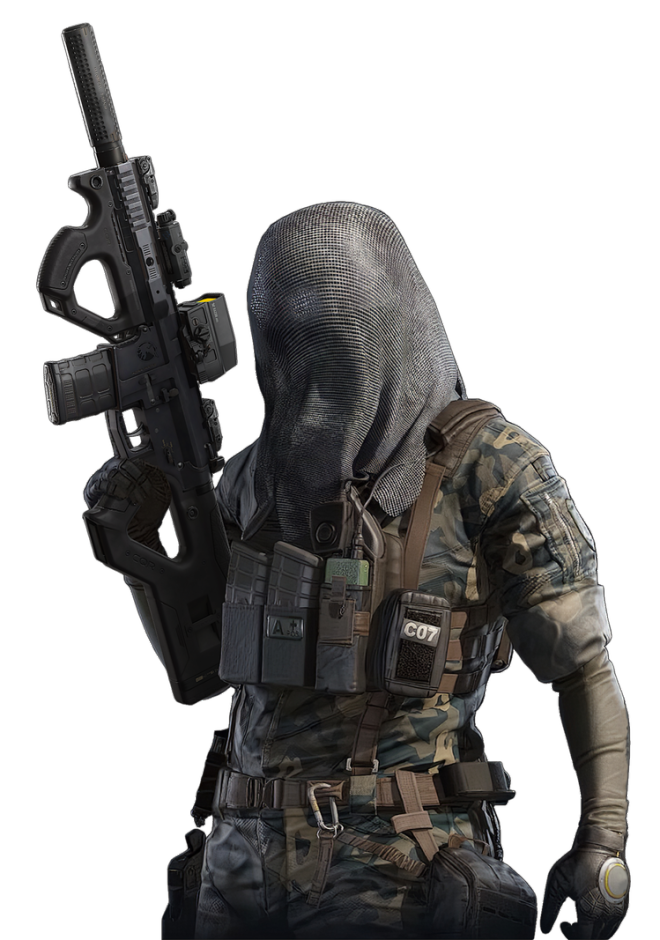 NØkk is a 2 speed 2 armor attacker in R6. Her playstyle, while straightforward, is probably the most difficult to get a grasp of out of any attacker (or defender, for that matter) that I’ve practiced with before. Let’s not waste any time and get on with the goods.   #UniqueGadget 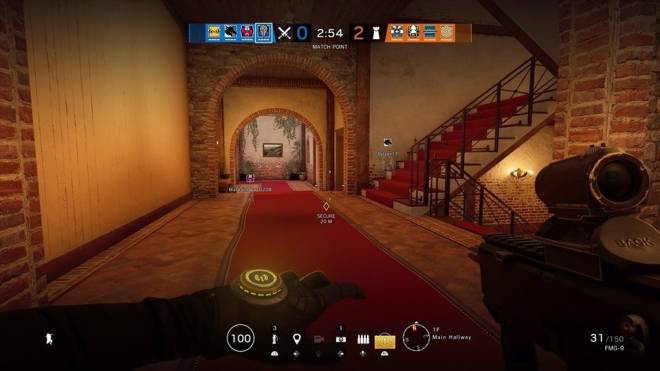 NØkk’s unique is the HEL glove attachment. Upon activating, NØkk becomes invisible to cameras and dampens her ambient audio output. In short, she’s quiet when not sprinting, and invisible to cameras with some slight exceptions to Mozzie drones or Yokai, which give off Vigil’s wavy effect when NØkk is close to them.   This ability is actually insane when put into the right hands in the right situations, but is at the same time underwhelming. I realize that sounds contradictory, but it's really the only way to sum up this operator, as far as I can tell. Being silent is VERY powerful when a site has been breached fully and you can roam around it looking for pics, and having invisibility to cameras is crazy strong when trying to rush. But you still make noise when sprinting, you still have to walk through the lanes your teammates provide (more on that later), and you’re equipped with weapons that are mostly sub-par. Speaking of which.   #Weapons NØkk comes equipped with either an FMG or a SIX12SD shotgun as her primary, with a Deagle or 5.7 as her sidearm. I’ve seen adept players run with the SIX12 as their primary while relying on their Deagle for most encounters, but I ran with the FMG this week to act as a saving grace for my horrific accuracy. The Deagle is just about mandatory, either way.   The primary issue with these weapons is that you’re left either wanting some good rate of fire with the FMG, which leaves you without damage, or you’re in need of some map destruction, and you go with the SIX, which leaves you without a reliable RPM, even when relying on the Deagle.

Another issue is the range of these weapons. While the Deagle can suffice in medium ranges *sometimes* it would never be my first choice for a firefight. And in close quarters, the FMG still has the issue of damage, while the SIX does, admittedly, shine while turning corners in tight areas.   Overall I’d wager that these weaknesses are consequences of NØkk having a power that becomes TOO strong when she’s great in firefights in a vacuum, so Ubi made sure she had some weaknesses to compensate for her quiet positioning. This is a similar balancing philosophy that can be seen in Caveira, who has to rely on her Pistol when sneaking around.   There are some saving graces, though.   #Commons NØkk can come equipped with either a breaching charge or two Frag grenades. BOTH of which provide very meaningful changes to her playstyle. The charge, I’ve found, is great when you suspect your team is going to lack the hard breaching abilities you’ll need to shape the sites up in any meaningful way for roaming. The frags, on the other hand, are extraordinarily powerful when you can rely on teamwork to do that for you.   Not only do they act as a way to shred breachable walls, but if there are holes in the enemy’s defences, you can roam around the sites and chuck the nades into key areas, basically acting as a silent, invisible ghost who reigns annoying firepower on unsuspecting enemies.   These gadgets, somewhat ironically, are the most powerful aspects to NØkk’s kit. Without them, NØkk’s unique ability is without much initiative outside of catching defensive roamers off guard. With them, she has *just* enough versatility to make plays on her own. It’s quite fun when that sort of thing works out, but it rarely does.   #TheVerdict NØkk is a fun, fast paced attacker who excels in taking advantage of panicked enemies who are exposed from multiple sides. She punishes roamers hard, and requires great skill, both macro-pertinent and mechanical, to get the most out of.   That said, she’s extremely linear. She can’t root out enemy gadgets in any powerful way, she can’t breach sites without putting herself at great risk for little reward, and her unique gadget REQUIRES one to play in an aggressive risky manner where the meta would rather ask an attacker to play conservatively.   Overall, I’d say she’s great fun, and a great way to get a warmup with, but would be my last choice if I was purely aiming to win.   GLHF, -E