Cyberpunk 2077 is here as Christmas came early and although a ton of people are reporting glitches and bugs enough to torpedo the review column on Metacritic, but for me, I’ve had a relatively seamless experience that has led me to maybe the game of the year in 2020. CD Projekt Red did it again, I don’t care what your favorite youtuber said, I don’t care what Polygon or Kotaku said. This game is brilliant. It’s violent and dangerous feeling and more alive than any game world I’ve ever seen with a protagonist who is a loveable asshole and a Keanu Reeves that is just a perfect deadpan sidekick. The side quests alone are good enough to be the main quests in mode games, and the on the street events breaking out show you that this world is as close to real as it gets. Here some stories from my first 20 hours with the game to get you psyched for whenever they patch this baby up. Mild spoilers below.   5. Did you just quote the office?

So, in each area, there is someone called a fixer who basically alerts you to any jobs in the area when you go near them. One, in particular, was waiting by an elevator in Afterlife and asks me to pick up a package in Kabuki, another district. I head over and on the way, I’m asked by another fixer to clear out a local gang hideout. I thought it was the same mission, it turns out they were separate, yet because I wiped out the Tiger Claws nearby, they were now all over the place near the package I needed to deliver. This cohesiveness between side missions was amazing to see and honestly, I can’t think of another game that pulls off a system like this. Anyway, I managed to make my way to the package and open it up and….it’s a man. Strange, but I carry him to the car, fight off a handful of gang members before delivering him to my quest giver. When I asked who the man was, he says “Let him tell you.” The above then plays out.   4. Go get your car…. 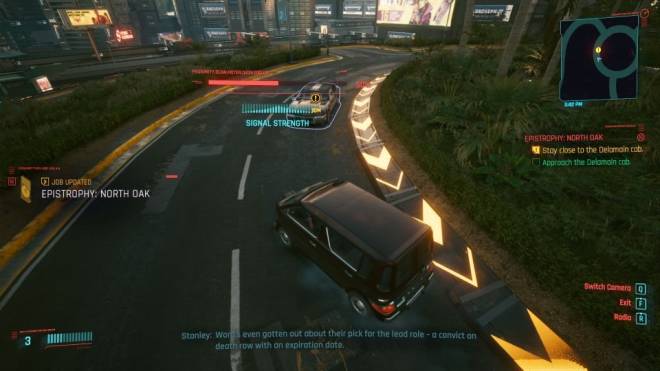 As you finish the first act of the game, a series of events happen that change both the landscape of the plot as well as the status of your character and their vehicle. You’ll find yourself walking around looking for cars to steal until you decide to respond to the email telling you to come collect your car at the nearby garage to your apartment. Seems harmless right? Well, the second you get into your car you get positively torpedoed by another car screaming “BEEP BEEP MOTHERF*CKER.” I was surprised, to say the least as my car was now useless. This then led me to an automated car organization that started sending me out on quests to repossess these out-of-control cars. This leads to a cat and mouse game of freakin battle bots where you have to figure out ways to total these out of control cars. It’s a hilarious and creative mission that can only be brought to you by CD Projekt Red. It’s masterful and it’s fun and it’s completely in tune with the world.   3. Cyberpsychos 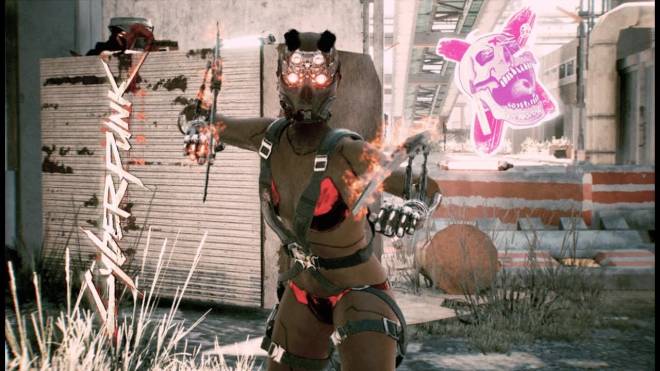 There is a series of missions in the game that lead you to take on a variety of these enemies called Cyberpsychos. These are out of control, drugged up, completely insane enemies that generally attack you on sight. They’re off the wall crazy and use a variety of tactics and are the first real challenge you’ll find in the game. To add to the intrigue, you’re able to deal with them any way you’d like. Taking them in alive can open up additional missions while killing them outright will close off that questline for you. It’s an amazing on the fly decision you need to make to decide what you’re going to do. Do you go in with the big guns and make things easier and lose out on additional intel? Or do you go in non-lethal, causing significantly less damage?   2. The Implant 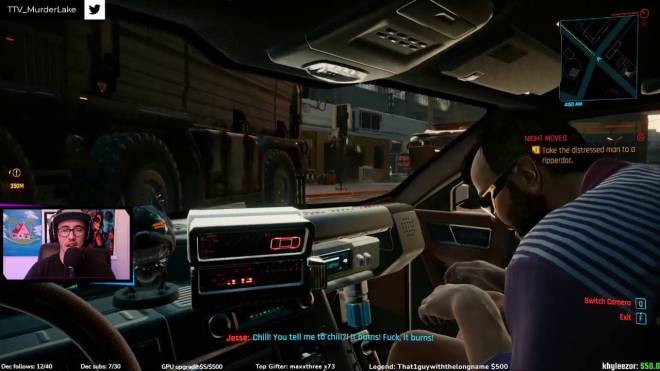 Well, this one was…weird. Basically, I found a man crying that he got a bad implant in his…let’s call it midsection, I offer to drive him to a Ripperdoc, and the whole time he’s screaming about the pain and I’m trying my best to get him to the location, but there’s traffic everywhere and I can’t go anywhere. He’s not happy and demands to get out of the car, he leaves, then sprints across the street and THE IMPLANT EXPLODES, blowing his legs all over the street. I don’t know if there was a timer in this mission and if I could’ve saved his life or what, but that was it. It wasn’t a long drawn out questline with twists and turns, it was a 5-minute excursion that was funny, then completely shocking and disturbing, and it was over. It was another example of what this game is capable of.   1. Helping the police 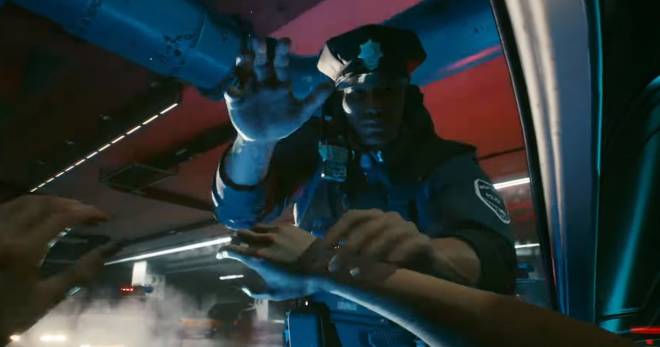 While there are a variety of missions where you can help the police of Night City, the one I found most intriguing so far was one where I had to help an ex-cop cope with losing a friend. You see, this cop left the force after losing his friend, and never got any closure, so I was asked to go find something called a niche to give him closure. Upon finding this niche, I discover the cop’s friend was a turtle. You’d think this would be funny right? Instead, it was tragic and touching, and reporting it to his former partners who realize how fragile he was and go to talk to him about it after. You then witness their reconciliation. It was an interesting mission to experience and had 0 combat, yet was very powerful and worthwhile to go through.   So, what do you like about Cyberpunk 2077 so far? Is it a nightmare of glitches or everything you dreamed of? Let’s talk about it below.