● Some advice for Apple. Link in bio for the full story.⠀ ⠀ ● From @bloombergopinion: If Apple is going to make a success of its car project, it has to target the $230 billion luxury automobile market. Doing so may be the only way to keep investors happy. But displacing 125-year-old incumbents like Mercedes-Benz won’t be straightforward.⠀ ⠀ ● The iPhone maker has reignited efforts to build its own vehicle, Reuters reported last month, though it’s at least five years away from production, Bloomberg News revealed on Thursday. Since the project started in 2014, Apple has undergone numerous false starts, laying off hundreds of staff in both 2016 and 2019, as costs ballooned and the focus shifted from electric vehicles to self-driving technology and back again. If Chief Executive Officer Tim Cook proceeds, he faces tough choices on how to enter a market with famously meager profitability.⠀ ⠀ ● Price is the obvious way to bridge the gap. Apple is not going to make a mass market car. It has to be a luxury vehicle and likely needs to be priced north of $100,000, particularly if it has self-driving capabilities that use sophisticated lidar technology. In theory that would be a similar pricing strategy to the iPhone, but in practice it would target a completely different spending bracket, which wouldn’t be easy. Let me know your thoughts 💭 Credit: https://www.bloomberg.com/opinion/articles/2021-01-08/here-s-how-apple-can-tackle-the-230-billion-luxury-car-market?utm_campaign=likeshopme&utm_medium=instagram&sref=xuVirdpv&utm_source=dash%20hudson&utm_content=www.instagram.com/p/CJ_9zI-hfDg/ 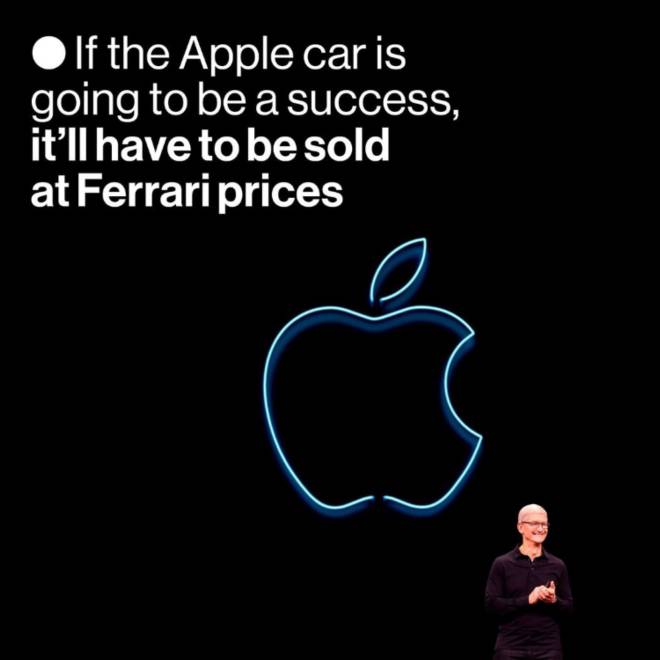