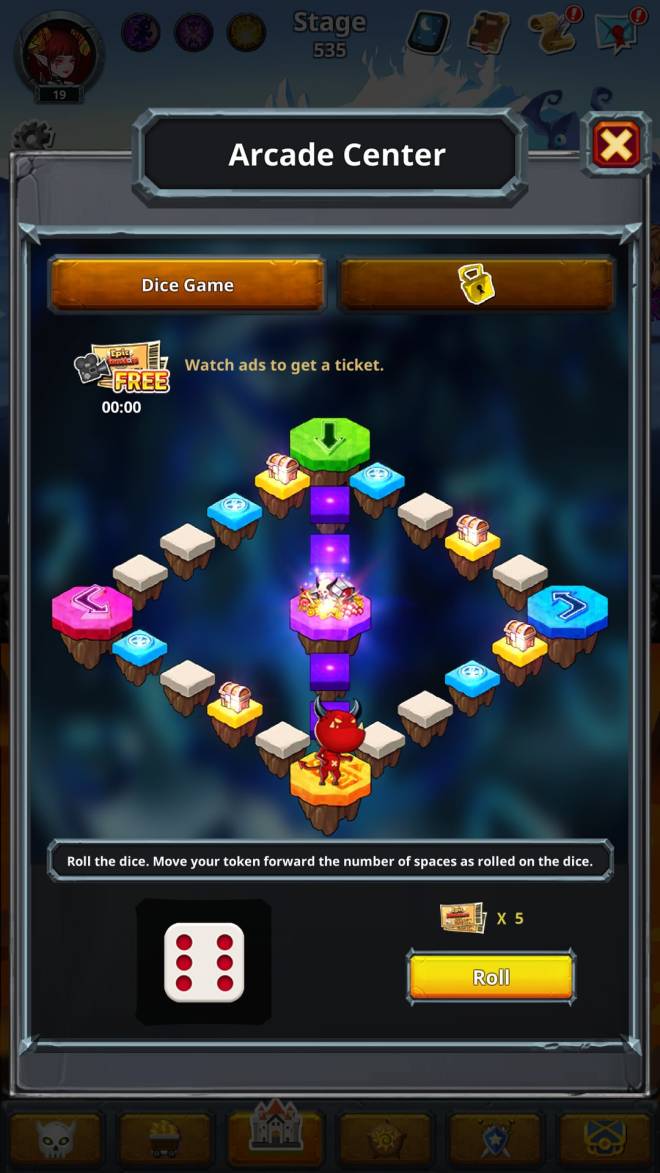 In the dice mini game, you can acquire a variety of items by rolling dice with the dice tickets earned in the game.   Location: Village (the third icon from the bottom menu) → Game Center on the lower left   Dice tickets can be purchased as follows. 1. Obtained after watching the advertisement 2. Victory Reward of Dante's Inferno 3. End of exploration in exploration dungeon and obtain from reward 4. Available in stores   How to play: - You can roll a die once per dice ticket. - Pressing the roll button will roll the dice and the red monster on the game board will move as much as the scale. - Tap on the small blue squares to jump to one of the game board's corners. - If you step on the treasure chest, you will get some reward. - If you hit the green box at the top of the game board, you will move down unconditionally. - Stepping on the purple column in the middle line will return you to the first starting point.   When you arrive at the treasure chest in the middle of the game board, you will get one of several items. Among them, you can acquire Mephisto and Satan, which are new monsters that are newly added at this time.