Ranking up knights is one of many ways to make your knightage stronger.   There are Five Ranks in the game, [Common – Magic – Rare – Epic – Legendary]   ▶ Rank-up Info of Aria(5-star Knight) 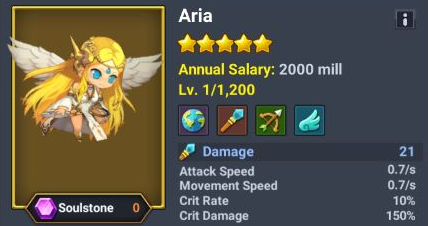 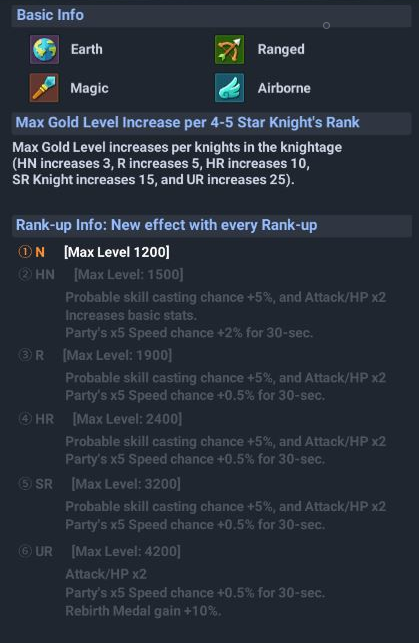 If a knight ranks up from [Common] to [Magic], the knight’s basic stats greatly increases and gains special ability.   For example, Aria gains the special ability which increases her party’s Game Speed by 5 times for 30 seconds.   As the knight further ranks up to [Rare], [Epic], and [Legendary], the knight gains glowing effect in its icon and further increases in its stats.     Rank-up is an absolute must to challenge the ‘Evil Lord’ and to go further in the Stages.   You can also refer to [Book] for further information about knights and their Rank-up’s.       Hope you enjoy the day with 60 Seconds Hero! Thank you.