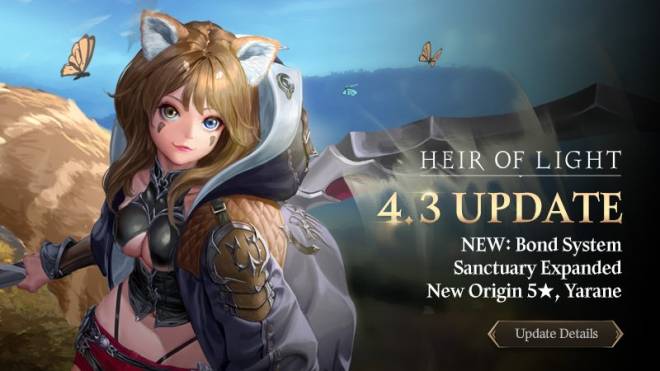 Greetings Heirs,   Please see below for the 4.3 Update Patch Notes!   ◆ Update ◆ [Bond System Added] > Bond system has been added to help you temporarily transfer your high-level Servant’s stats onto a lower-level Servant.   ■ Additional Information for bond system The primary and secondary servants of the bond system can only be applied to ★5 origin servants (Updated June 2nd, 10:46 AM PDT)   1. Basics > You can form a Bond between 1 primary Servant and 1 secondary Servant. > When a Bond is formed, your secondary Servant can receive the following effects:

> You can form up to 4 pairs of Bonds. When activated, the Bond effect lasts for 30 days.

2. Forming Bonds Preparing Primary & Secondary Servants > Only the Servants that meet the following requirements are eligible:

> If your selected Servant is deployed to the contents listed below, they cannot form Bonds even if they meet the above conditions.

> You can claim 1 Bond Ticket from your update rewards. (Event details coming soon)   Bond Effect Activated > When Bonds are formed, the secondary Servant will be immediately boosted and will remain so for 30 days. > You can use Bond Tickets to extend the Bond. (30 days per Bond Ticket)

3. Canceling Bonds > You can cancel existing Bonds by tapping on the [Cancel] button. > When Bonds are canceled, the secondary Servant will return to its original state. ※ When a Bond is canceled, your Avatars and Multi-Hit Combos will be restored to their original state as well. > Please find the summon rate details by clicking on the Summon Rate   [Yarane Avatar Added] > 5★ Lovely Star, Yarane Avatar has been added. > You can purchase this Yarane Avatar at USD 9.99 during this promotion period. (Price includes VAT, based on Google prices) 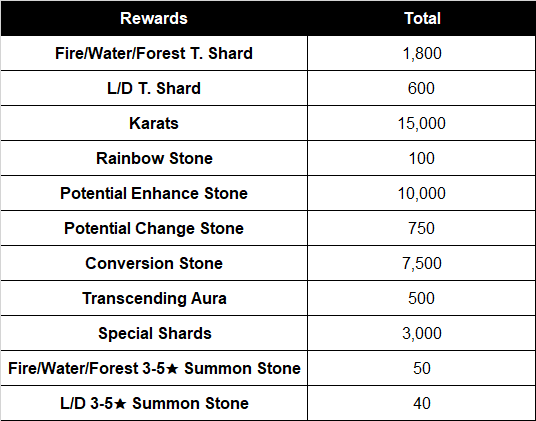 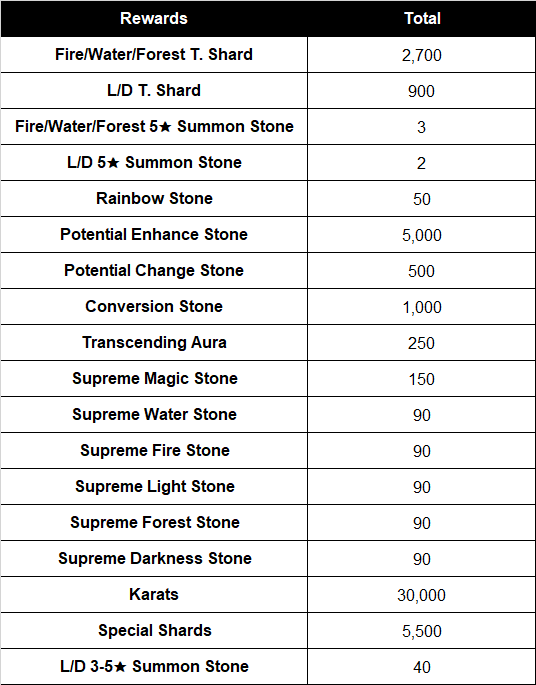 [Crusade Max Level Expanded] > The max level for Crusades have been expanded from (Prev) Lv. 60 → (New) Lv. 70. > The max Valor and required level up EXP per level are as follows. 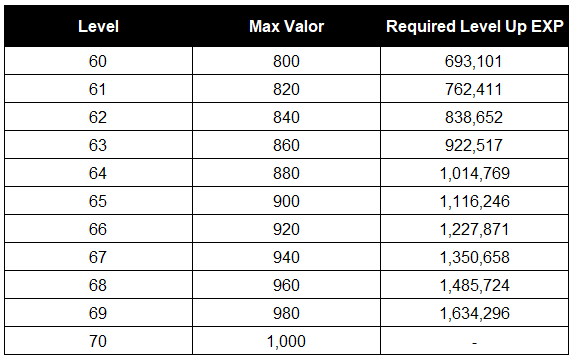 [New Guild War Missions Added] > New Daily/Weekly Missions have been added for the Guild War update. > You will receive Mission Completion Rewards when you complete the missions, regardless of victory/defeat results. > Guild War Mission details, rewards, and schedule are as follows.

◆ Improvements ◆ [Potential System Improved] > Potential Change system has been improved to help you get the Potentials you want more easily.   1. [Potential Fix] feature for normal Potentials > By using this feature, you can make sure that your normal #2 - #5 Potentials won't be changed. > Tap on the Potential you want to keep to lock/unlock it. (You cannot fix Potentials when in Potential Enhance tab) 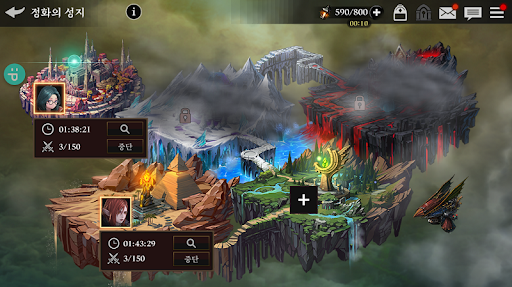 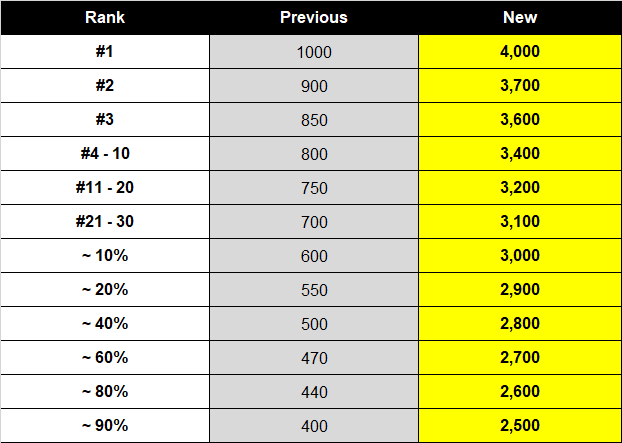 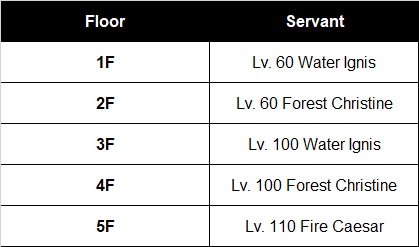 > Required Valor and Repeat Rewards per floor are as follows. 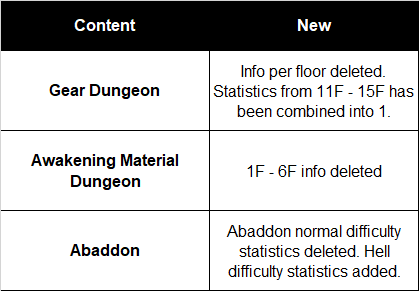 [Korean Text for Passive Skills Edited] > The Korean texts for the following Servants’s passive skills were edited. English texts have been also changed where necessary.

[Explore Difficulty Adjusted] > Since it’s become easier to level up characters, levels for bosses in some Explore areas have been increased. > The changed areas are as follows. 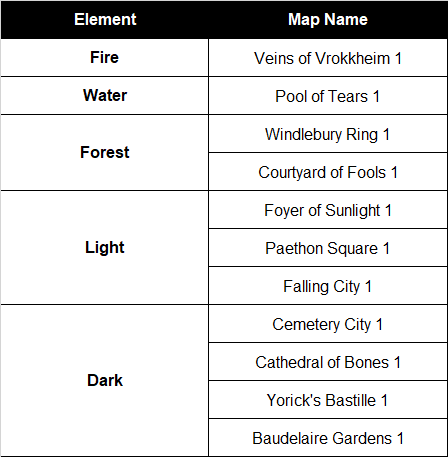 [Secondary Mark Rate Improved] > Internal logic has been improved for Secondary Mark Rate. Log for discovering problems has also been added.   [Auto Power Saving Mode Added to Party Raid] > Now power-saving mode will be automatically applied if you are using Repeat Battle in Party Raid.   [Crafting Material Text Edited] > Descriptions for Ember, Ice Crystal, and Kindling has been updated to show that they can be obtained from Mass Invasion.   [Text Added to Subscription] > Description for Subscription has been updated to show that you will not receive Mileage Points for subscribing.   [Screen Ratio Optimized] > Additional resolution optimization work has been done for Galaxy s20 devices.   [Summoners War Collaboration Ended] > Summoners War collaboration has ended. You cannot summon 5★ Ifrit and Oracle anymore. > Summoners War Collab Transcendence Bun (Ifrit, Oracle) has been added to 5★ Servant Select Summon, to help with transcending 5★ Ifrit and Oracle.   [Yarane and Collaboration Transcend Bun Added to 5-Star Select Summon] > Yarane will be added to Fire/Water/Forest 5★ Select Summon and Light/Dark 5★ Select Summon from Perfect Pack and Crafting.   ◆ Guild War Improvements ◆ [Detail Popup Added for Enemy Guild Member] > Detail popup has been added for enemy Guild members in the Guild War battle prep screen.   [Details Added to Guild War Rewards] > Guild War Victory/Defeat Rewards and Contribution Reward details are now more noticeable in Guild War Reward pop up.   [Guild War Play Time Rules Changed] > Now time will not stop when you use Combo Skills in Guild War.   [Other Fixes] > Now if you are kicked from your Guild after winning Guild War, you will be banned from using Guild Sanctuary immediately. > Guild War Badge graph has been edited for better visibility. > Fixed the bug where it sometimes looked like Team Passive was applied to Guild War DEF Team. > Fixed the bug where the user who joined the Guild on the day of was displayed at the lowest Rank for Guild War Contribution Rank. > Now battle deployment info will be shown in Guild Member DEF Team info pop up after you deploy DEF Team. > Now the WIN / LOSE results will be shown for Guilds who won by default. > Fixed the bug where the game will show an error message and restart when you tap on a Guild member’s battlefield who left the Guild. > Fixed the bug where the current points of the Guild who won by default, was not displayed when they entered Guild War. > Fixed the bug where your badge was incorrectly displayed when you attacked a battlefield after attacking an empty battlefield. > Guild War button has been edited to better reflect the current state. > The warning pop up that was displayed when you did not have a Tank Servant in your Guild War ATK Team has been deleted. > Now the correct message will be displayed when you tap on an empty battlefield after Guild War ends. > An icon has been added to show if there’s an empty DEF Team spot in the Guild War prep screen. > Fixed the bug that emphasized your Servants that had PvP Team Passives in the Servant list at the bottom in Guild War DEF Team Settings.   ◆ Shop Updates ◆ [Bond Pack] > Bond Pack has been added. ▶ Items