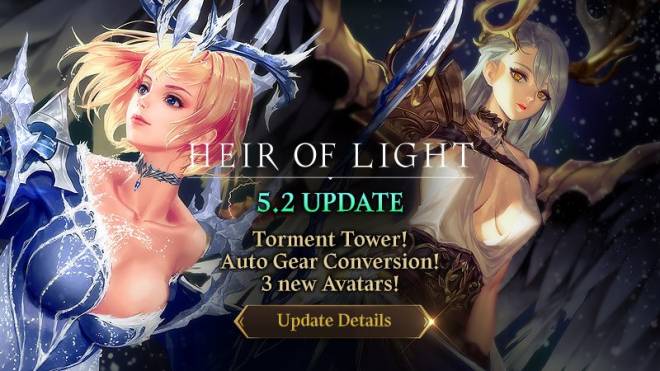 Greetings Heirs,   We are here with the 5.2 Update Patch Note. Please check out the details below.   ◆ Update ◆ [Torment Tower Added] : Torment Tower is a content that allows you to best craft strategies for defeating specific bosses. : Torment Tower will be officially integrated after we test it out sufficiently in a real world setting, in order to minimize any problems that may arise with the introduction of a new mode. : You can enter by tapping on the World Map > Torment Tower icon at the bottom.

▶ Basics of Torment Tower : You have to start at the first floor Torment Tower, the lowest floor, and move up when you clear the previous floor. : Torment Tower is made up of 100F. Valor is required to enter. : Crusade level must be 27 or higher to enter. Requires Valor.   ▶ Torment Tower Battles 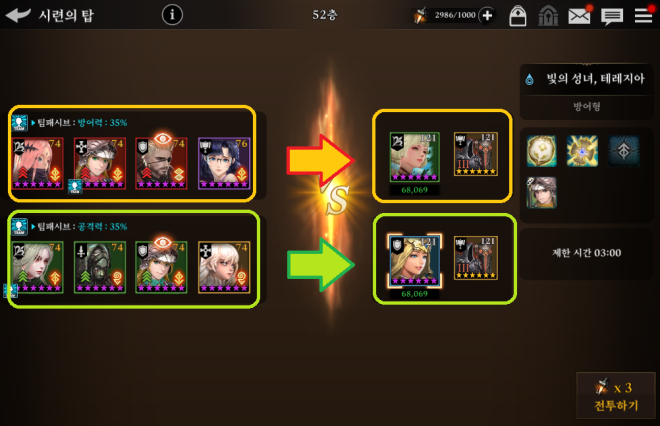 : Check out the recommended tips on the bottom right to select better Servants!   ▶ Battle Rules : Torment Tower has very specific and unique battle rules that apply. ① Boss is immune to Freeze, Stun, Silence, Fear, Skill gauge reduction, Damage over time, and Petrify. ② [Relation Effect] Blocking a target’s passive skill effects and decreasing a target’s SPD are disabled for bosses. ③ Decreases damage received from weaker Element by 50%. Increases damage for stronger Element by 50%. (Excludes Passive that always gains Element advantage) ④ Cannot evade boss Combo Skills (Always an active skill for bosses) ⑤ Boss activates Rage mode when a Servant's Growth Score is lower than the boss's. ⑥ You can only use either primary or secondary Servant, when you're using Servants in a Bond.   ▶ Torment Tower Seasons : Torment Tower season ranking is based on the highest floor you cleared and your clear time. : Season rewards will be based on your rank. : A season is 12 weeks long. You will receive season rewards based on the rank you reached.   ▶ Torment Tower Rewards : You will receive rewards when you win battles in Torment Tower. : You will receive First Time Reward when you clear a floor for the first time. : The higher the floor, the more difficult it will be to clear. But the rewards will also be bigger.   : Clear Rewards per floor 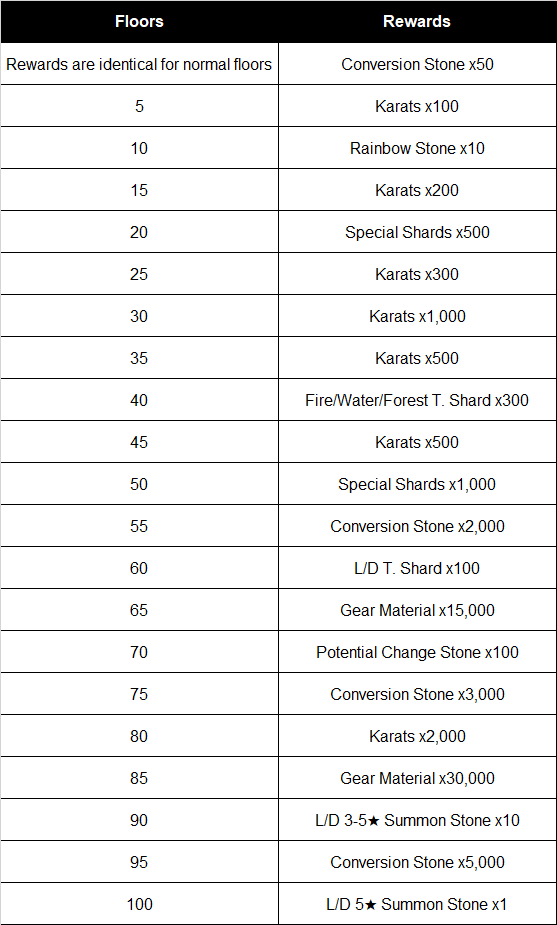 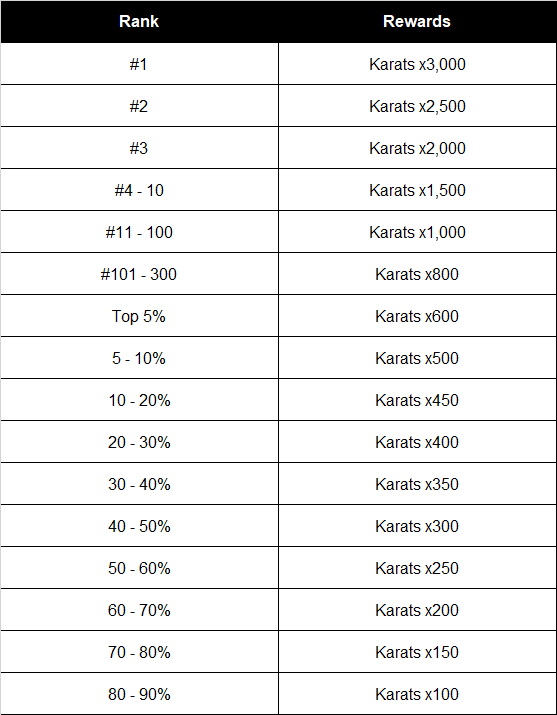 [3 New Avatars] : 5★ Solitary War God, Scar, Frigid Spear, [A] Sphinx, and Protector of Spirits, [A] Lucien Avatar have been added. : You can purchase the new Avatars at USD 9.99 each during this promotion period. (Price includes VAT, based on Google prices) 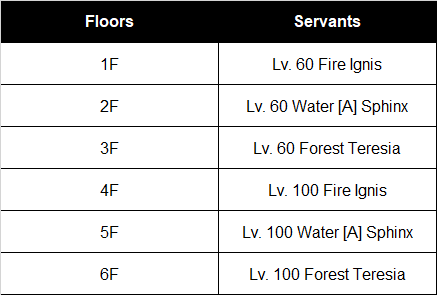 : Required Energy and Repeat Rewards per floor is as follows.

[First Given Servant Changed and New Rate+ Summon Added] ▶ First Given Servant Changed : The Servant you receive for the first time when you create a new account has been changed from (Prev) Water Mildred → (New) Water Saighead.   ▶ New Rate+ Summon Added : New User Rate+ Summon will be added to Summons when you create a new account. : You can use the "Summon 10+1 time(s)" button at half the Karat price (500 Karats) for up to 30 times. : 5★ Servant you get from New User Rate+ SUmmon will always be Fire Ignis or Water Mildred. 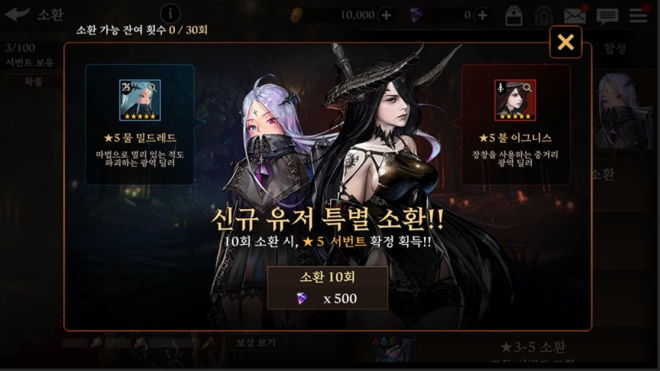 [Ban Pick PvP Servant Display Improved] : The Battle intro screen will now allow you to check which Servant has been banned and who can replace the banned Servant. 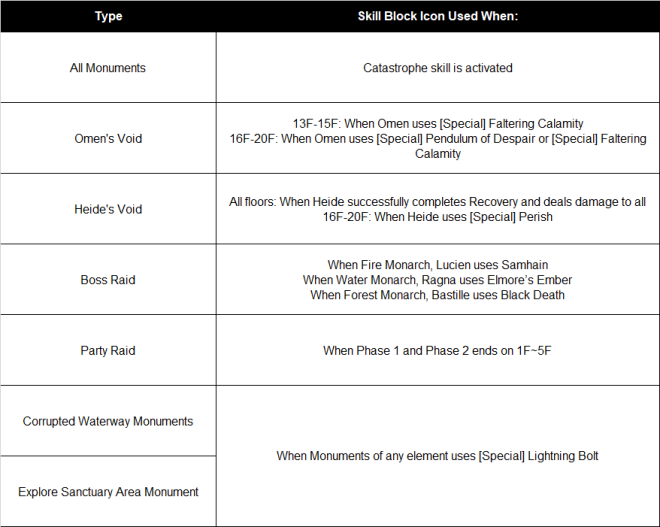 [Passive Skill Text Used in Abaddon Improved] : The texts for Passive Skills used in Abaddon has been changed to be more specific. : The skill effects remain unchanged. (Only the texts have been edited for clarity) 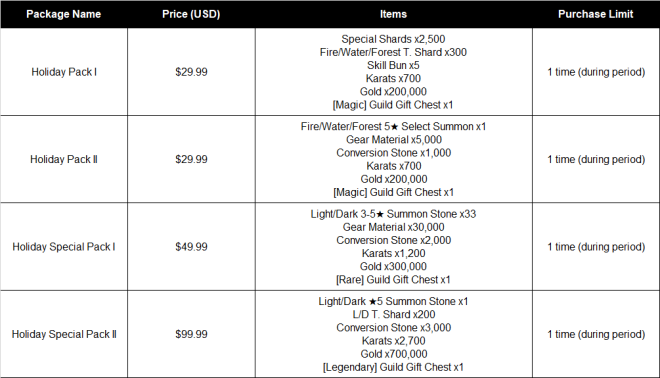 [Snowflake Pack Added] : Snowflake Pack, which includes the event item “Snowflake” has been added. : Once the event ends, all unused Snowflakes will be converted into Gold and sent to your Mailbox. (20,000 Gold for each event item)

[Perfect Gear Pack Changes] : The Perfect Gear Pack has been changed from (Prev) 6★ Legendary Gear x5 → (New) Gear Material x30,000   [Lv UP (B) Pack iOS Price Changed] : The price of Lv UP (B) Pack has been changed from (Prev) $48.99 USD → (New) $49.99 USD.   ◆ Event ◆ [Drop Event Added - Special Winter Snowflake Event] : Snowflake Event will start.   ▶ How to Participate : Play various contents in game during the event period to collect event items that are dropped (Snowflake), and later exchange them for rewards. : Item exchange page can be accessed through Quick Menu > Snowflake Event. : Snowflake drop rates vary on the content you play. Tap on [Where to Find Event Item] in the exchange page to see where you can collect them and their drop rates. : Unused Snowflakes will be converted into Gold after the event ends. : Exchangeable items and rates will vary by events.   ▶ Event Period