Before we start, we want to thank all Heirs for showing their understanding and patience providing feedbacks about Party Raid.   The result of 2nd Party Raid schedule was very similar to result of 1st Party Raid schedule. While the number of participation increased by significant amount, the number of participant showed minimal increase.   After reviewing results of our experiments and feedbacks from Heirs, following changes will be made to Party Raid in 3.5 Update.   Party Raid Schedule Change   After trying out two different Party Raid schedules, we concluded that it is best to adopt the Party Raid schedule that reflects popular demands throughout the communities.   The Party Raid Schedule will be changed to following: Monday ~ Friday: 12:00 ~ 15:00 / 20:00 ~ 23:00 Server Time (3 hours each session, total of 6 hours a day) Saturday ~ Sunday: 12:00 ~ 24:00 Server Time (Total of 12 hours a day)   Reward Adjustment   In order to reduce the stress of participating in Party Raid multiple times, we will be adjusting Daily / Weekly Party Raid Mission Reward so that Heirs can claim significant reward just by participating in 1 Party Raid. As we change the Daily / Weekly Party Raid Mission Reward, we will also be adjusting reward per round.   Here is the summary of adjusted reward: 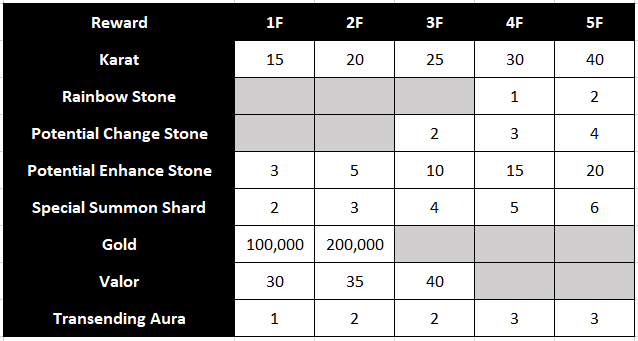