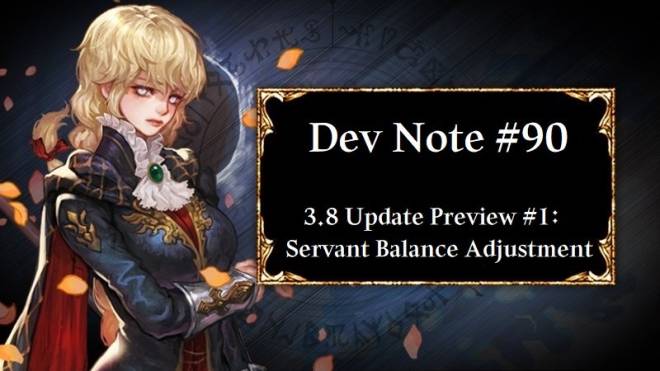 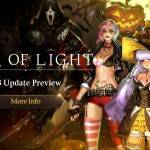 [Notice] 3.8 Update Preview Greetings Heirs, 3.8 Update is near so be the first one to check out the update contents!🔥🔥 We have several exciting contents coming up such as new Abaddon Tower Hell Mode👾👾👾 & Halloween Avatars🎃🎃🎃 Let's jump right into it! 3.8 Update Preview Details: moot.us

In current meta, results of many PvP battles are determined by rather or not ally AoE servant gets to kill enemy DPS servants because Tank servants are often too powerful and difficult to take down. We thought that it was necessary for not only Ignore DEF servants but also ATK Based servants and DEF Based servants to do meaningful amount of damage against Tank servants. This is why we asked for feedbacks about Tank servants in the previous Dev Note.   3.7 Update Preview #1: https://bit.ly/2miCd2Y 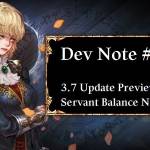 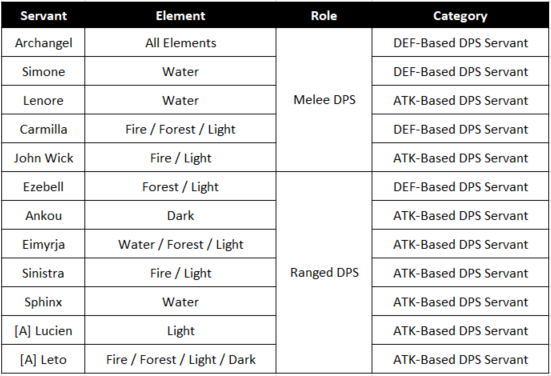 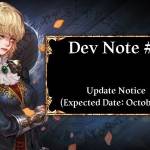 Since the new Ankou & Heylel Avatars that can be acquired through event can also be purchased from the shop, these two Avatars will include Mark. However, since these two servants already have Avatars with additional Combo Skill Animation (Multi-Hit change), the Combo Skill Animation (Multi-Hit change) will remain the same as default Avatar for Halloween Ankou & Heylel. Instead, we are selling the Avatars for cheaper price than default Avatar.   4. Since it is impossible to change the Multi-Hit unlike Mark that can be crafted, many Heirs have been asking for new Avatars for servants that have yet to receive new Combo Skill animation. (Multi-Hit change) We apologize about the delay creating new Avatars. There is certain amount of Avatars that we can work on, making it inevitable to delay Avatars for some servants. To address this issue, we are planning on adding Avatars with simple appearance change along with Multi-Hit change to the shop for a low price in 3.9 or 3.10 Update.   5. It was very difficult to tell if the Avatars were on discount or not because the shop didn't display Avatars' original price.   Therefore, we are making changes to display both original & changed price to Avatars like below:

We have notified Heirs about our plan of changing AoE servants in the previous Dev Note. We will continue our work on servants with AoE skills on their 1st & 2nd Skill until 3.9 Update.   More specifically, we believe that ATK Based DPS servants with high damage ratio will be able to do even greater damage with the new Freeze Potential in 3.8 Update. We will continue to balance out servants with future updates.   Today, we covered the servant balance adjustment portion of 3.8 Update. In the next Dev Note, we will be covering community feedback reflection & new content. If you have any question regarding 3.8 Update Preview, please feel free to leave any questions. We will go over the questions in the next Dev Note.   Thank you.   Flynn