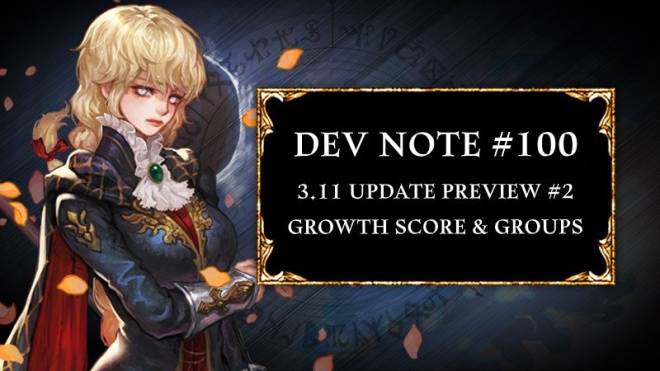 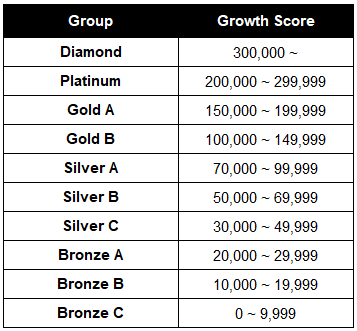 Q. Is the Overall Ranking going to disappear due to the Group Revamp?   A. There won't be a reward for the overall rankings. However the overall top 100 Rankings will be displayed for that you can see the strongest Heir in the server.   Q. Can I lower the Growth Score to be placed in the lower group?   A. As we explained about the Growth Score, you can't deliberately get into the lower group and get good rewards even if you unequip your gears or release your servants to lower your growth score because the highest total of Growth Score will remain the same.   Q. Is the growth of light / dark servants well reflected in the group placement standard? Will users who focused a lot on Light / Dark Servants be placed in higher groups?   A. Since the [light] / [dark] servant's stats and transcendental effects are taken into account when calculating the growth score, the growth of the [light] / [dark] servant is weighted more in the growth score than the [fire] / [water] / [forest] Servants. A [Light] / [Dark] Servant with 100% Growth Rate will have around 70,000 ~ 80,000 Growth Score, so even if you have only 4 [Light] / [Dark] Servants with 100% Growth Rate, you'll be placed in the Diamond Group.   That's all for Today's Dev Note. The upcoming update is planned to have a wide range of changes compared to the previous updates. Thus, the upcoming update may not bring satisfaction to all Heirs. However, please bear with us as we are trying our best to make the game more enjoyable while thinking about the long term directions.   If you have any questions, please feel free to leave a comment.