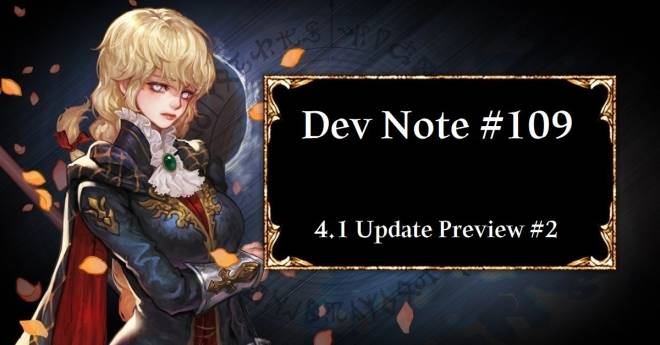 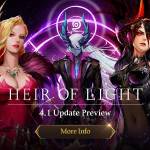 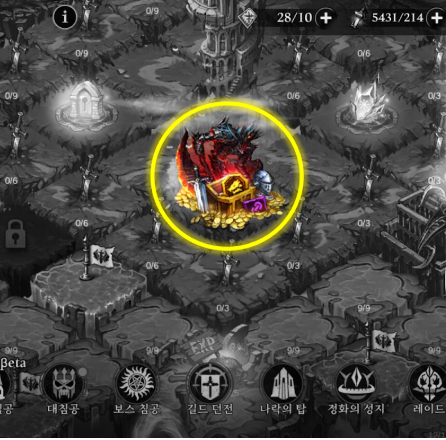 Many users have been asking where to farm gold or gears and active community members have always provided answers for them. To help out the users, we will be changing the Gear Dungeon Icon to be more distinguishable to all the users.   ========================================================= Other Changes =========================================================   - Collaboration Servant John Wick and Sofia Transcendence Bun will be removed due to the end of Collaboration date. (Collaboration Servant Transcendence Bun will be available in the 5* Select Summon) - The price for Purifying Ground Slot +1 will be changed to the original price. (Discounted Price: $4.99 -> Original Price $9.99) If you did not purchase the Purifying Ground Slot +1, we suggest on purchasing it before the 4.1 Update. - The 2 Year anniversary special Avatar Sale will end on 4.1 Update. If you did not purchase the Avatar yet, we suggest on purchasing them before the 4.1 Update. - Issue where the whole team of servants would not use there skills when a petrified/frozen servant is present on the team will be fixed Many have been reporting this issue and we have tried multiple times to resolve it but we were finally able to fix it with 4.1 Update.   ========================================================= Other Suggestions and Future Update Notice =========================================================   - The Buff removal effect is the most debated topic within the community. We are planning to balance and make changes to the Buff Removal effect on 4.2 update. We think that everyone agrees on the fact that a skill to remove all buffs on all enemies is too strong and requires a balance. Many have suggested multiple different versions of their balances and we would like to let the community know that we are leaning towards balancing the Buff Removal effect by putting a limit of the number of buffs it can remove.   - We do not have any plan to make additional nerf to Light Heylel at the moment. Many have pointed out the issue about the immunity but we would like to take more time in discussing the immunity in Light Heylel   - We are reviewing the balance for Freeze and Silence and leaning towards limiting the activation % in PvP. (Planned for 4.2 Update)   - The Abaddon Tower Monument Aggro issue is planned to be resolved in the 4.2 Update. The aggro didn't function properly when the monument knocks back, which made it difficult to challenge the Abaddon Tower against Light/Dark Servants.   - Many have provided feedbacks about the limitation time in Abaddon Tower Hell Mode. Right now you can clear Abaddon Tower by dragging out the play time even when you are lacking attacks on your servants and we think that it may cause some issues to the game balance. We believe it is necessary to have time limitation for balance purpose. We think that the Abaddon Tower will get easier once the Transcendence level increases for the Servant so we are going to review this with more time.   - There are cases where your team gets wiped out by the catastrophe skill in the Abaddon Tower. The catastrophe skill will cast faster as the floor gets higher. The monument is a support class and we would like to advice everyone to use "reduce suppport spd" potential to tackle against the catastrophe skill. Additionally, we will review with more time and notify users if any changes are planned for the Catastrophe skill for the monument.   - The valor improvement in the 4.1 update provided much support to the users however it seems that it wasn't much help to F2P users. Thus, in order to bring more convenience to everyone, we are going to make the valor cost changes from 6 to 2 just for the Purifying Grounds Area 1 after the 4.1 Update. You will also be able to work on servants that are not available for shard farming.   - The Guild War Beta is under preparation for the 4.2 Update. Different from our original beta concept, we are planning to run the Guild War beta with very minimal rewards and focus on receiving feedbacks. We are planning to officially open the Guild War in 4.3 or 4.4 Update.   After the release of T10, many have viewed the 4.0 update as an update only for the P2W users. We value both paying and non-paying Heirs, for they all enjoy Heir of Light. Many have praised our game as one of the most generous game for a long time but we would to sincerely apologize if our current direction of the game did not meet the expectations that we have created. With upcoming 4.1 update and following patches, we will bring on QoL improvements along with servant balance adjustments. We will also prepare various rewards for our Heirs to live up to our community's expectation.   Thank you.