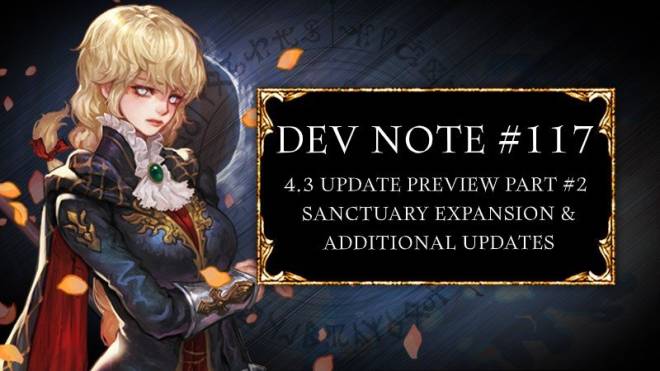 2. New servants that were previously unavailable as boss will be joining as boss in new stages. (All new servants up to Demian will be participating as boss in new stages. Collaboration servants are excluded.)   New Boss Servants: Demian, Nuu, Caesar, Aria, Mildred, Christine, Ignis, Lucrecia, [A] Sphinx, Ezebell   3. Each element will have 12 tiles (60 tiles total), which means Heirs will be getting 420 new stages. It will be difficult to clear the very last stage unless Heirs have well developed team of 9th~10th Transcendence servants.   4. All bosses will be dropping their own shards. Stages will become more and more difficult as Heirs progress on with the stages, and drop rate will be increased accordingly. Since all bosses will be dropping Shards, distinction between farmable and non-farmable servants will become meaningless. Instead, servants have different Transcendence EXP requirement & performance based on shard drop rate. Shard drop rate of originally non-farmable servants will be significantly lower than shard drop rate of originally farmable servants. We believe that shard farming of originally non-farmable servants at expanded Sanctuary stages will not be very efficient. Heirs will be able to farm greater amount of shard for originally farmable servants from new stages according to their difficulty.   (There won't be any change to required Transcendence EXP. Therefore, regardless of the servant, Heirs will be able to collect Transcendence EXP faster than before. Also, there won't be any change to stats of farmable servants due to drop rate difference.)   5. Along with Sanctuary expansion, Battle itself in Sanctuary stages will be revamped as below:

We added 3 minutes time limit to make the battle more intense. Also, Heirs will have to work on overall servants' progression since boss will "Rage" if a servant didn't reach certain Growth Score.   We also received a lot of feedbacks about excessively long battle against Tank & Healer servants. We will be balancing servants of these classes in stages so that even Tank & Healer servants, and not just DPS servants, can be farmed easily.   6. As we expanded Sanctuary stages, Star Reward will be expanded to Lv. 30. Also, we will be expanding our Quest to Chapter 13. Since these Star Rewards and Quests are rather difficult to complete, we tried to prepare worthy rewards. Please check out the details of rewards below.   ⭕Star Rewards: 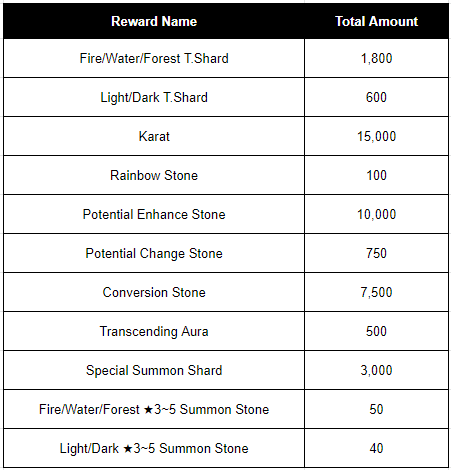 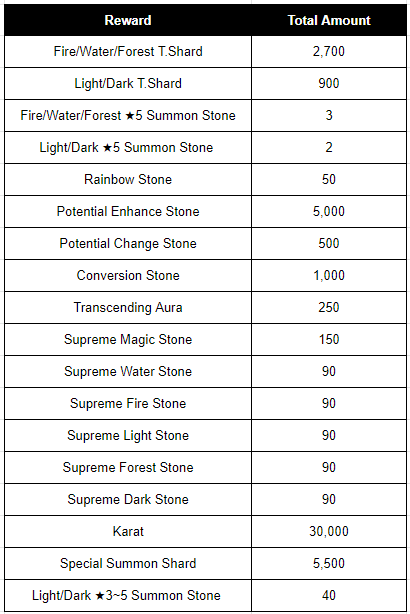