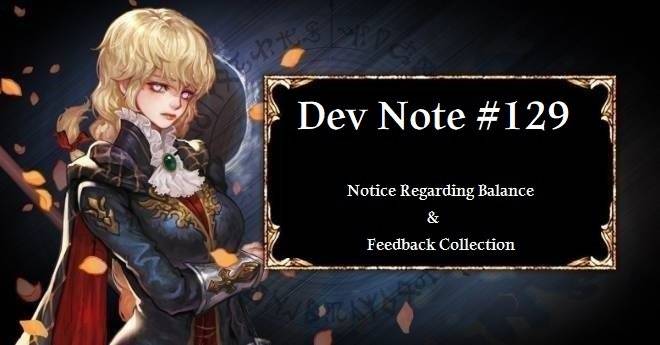 Greetings Heirs,   We are working hard on finalizing 4.6 Update. While this Dev Note isn't about 4.6 Update, we wanted to discuss about important direction of future updates.   Dev's goal is to allow various servants to be utilized. There is a long history behind Infinite PvP meta. Let us explain this history first.   There was a time when AoE and Ignore-DEF DPS servants were popular in PvP before Caesar was released.     Players had to choose between using AoE DPS servants to take down DPS, Support, Healer servants or using Ignore-DEF DPS servants to take down Tank servants.   However, more DPS, Support, Healer servants started surviving against AoE servants with better Potential. Damage output became much less consistent as several factors such as Crit Damage and DEF plays part in damage. Therefore, more players started using Ignore DEF DPS servants for consistent damage output.   Since Ignore DEF servants have been powerful for some time, Dev decided to release Caesar to stop Ignore DEF servants' dominance.   While Caesar was not quite popular in the beginning, AoE DPS servants came back to meta as more players were able to develop their Caesar. (We also believe presence of Buff Removal that allowed more consistent damage output by removing Increase DEF buff played part in this change.)   This is when we released Demian. Demian became very popular as a support servant not only because of her Buff Removal but also because of her Passive that counters Ignis. Combination of Light Heylel and Dark Demian also proved to be extremely powerful.   We wanted to see more DEF-Based DPS servants in the meta, which is why Demian has various effects that would help DEF stats of the team, such as Increase DEF buff, DEF Wave Effect, and Passive that increase DEF of DPS servants.   As more players started using Support Demian (Especially Dark Demian), DEF of ally servants increased greatly, which reduced damage output of DPS servants beside DEF-Ignore DEF servants. PvP basically became a competition of who survives longer with more HP. Since then, Ignore DEF DPS servants started gaining dominance once again as Caesar was codestructed. With the release of Teresia that snipes Caesar, Ignore DEF DPS servants became dominant once again.   Ignore DEF DPS servants were powerful even before Caesar. Ignore DEF DPS servants could take down tank servants with 1~2 higher Transcendence. Dark Leto is a good example. It was obvious that Ignore DEF DPS servants will become dominant if Caesar is sniped. We got some feedbacks that rather than countering with different servant, we need Ignore-DEF damage reduction as a fundamental solution. Therefore, we will be adding Ignore DEF damage reduction to Potential in 4.6 Update. (While we are testing the details, we are expecting servants to get 45~50% Ignore DEF damage reduction at max.)   Ignore DEF damage reduction can be a solution to correcting Transcendence different, and we also believe using AoE DPS servants with high transcendence is better than u sing Ignore DEF DPS servant of low transcendence.     However, it is still true that many DPS servants beside Ignore DEF DPS servants are being neglected in current meta. We are definitely aware that this is an issue we must tackle in order to allow usage of various servants & teams in PvP.   Reducing Dark Demian's barrier time has the same concept as the changes above. Buff removal is needed in order to remove the DEF buff which allows you to deal more damage. It has the similar concept with minimizing the immunity due to situations we face with Light Heylel's debuff immunity and the prevention of DEF debuff. In conclusion, it is way too difficult to defeat a Tank class servant without DEF debuff when many DEF buffs are in effect.   Thus, we are in debate in ways to make other DPS servants more useful other than DEF Ignore DPS servants.   There could be many different solutions and many possible solutions were discussed internally, however, we would like to hear more from everyone before making any final decisions.   These are the list of possible solutions that were internally discussed: > Add more buff removal effect to wide range of servants so that DEF buffs can be removed "> Adjust the DEF increase effect due to DEF buff and 70% DEF increase wave effect is too powerful. However, adjusting the DEF increase effect may cause a huge nerf to DEF based servants so buff DEF based servants separately after the adjustment." > DEF increase effect is too power so lets balance by increasing the ATK increase effects. > Reduce the debuff removal and minimize the immunity to allow DEF debuffs to take in effect.   To sum it all up, we see reducing the performance of effects or reducing the amount of effects as possible solutions. Thus, we think that well transcended servant should take the win due to the transcendence being the highest difficulty in the game.   Even though we are internally debating everyday, we are in need of your suggestions because you guys are the one creating and leading the meta by playing 100s of rounds in PvP every day. So please feel free to leave as much suggestions in the comments.   To sum up the main points of today's Dev note 1. The power of DEF Ignore servant's will remain the same 2. A solution to bring diverse usages of DPS servants is needed to create more PvP meta. 3. Any changes will be made after discussing and receiving feedback from the community.   If you have any suggestion, please feel free to visit #suggestion-for-dev channel in our Discord to share your feedbacks!   ⭕Discord Suggestion Channel: https://discord.gg/Dtgjud5 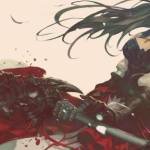