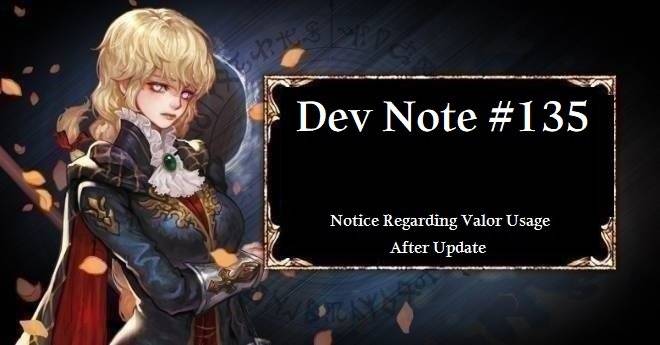 Greetings Heirs,   After 5.0 Update, we monitored both in-game chat and various communities for feedbacks for Skip system.   Some Heirs were satisfied with the new Skip system not only because Heirs no longer had to leave their phone on, but also because Skip system allowed faster servant growth, allowing Heirs to spend more time studying Gear or team composition. Other Heirs were disappointed about the change since there were not much do to after spending all the Energy, especially now that Heirs cannot use the Valor they saved up on some core contents of the game. Some Heirs even preferred slower growth from previous build.   We wanted new Heirs to utilize Skip system for quick servant growth whenever they get stuck in Explore or Dungeon. However, it seemed like Energy was only limiting the stage progression for new Heirs, forcing them to wait for Energy to refill after spending all the Energy with Skip.   Also, we believe that many Heirs were probably confused and disappointed that they can no longer use the Valors they have been saving for future farming .   In the previous Dev Note, we mentioned a system that allows Heirs to convert Valor into Energy. After reviewing various feedbacks after the Update, we decided to add a new system that converts Valor into Energy so that Heirs can convert the Valors they have been saving into Energy for faster growth.   Please note that since we just had an update yesterday, it could take some time for us to bring the update due to necessary development & QA process. We will try to bring an update as soon as possible.   We will make a separate notice once we are ready for the update.   Thank you.   Flynn