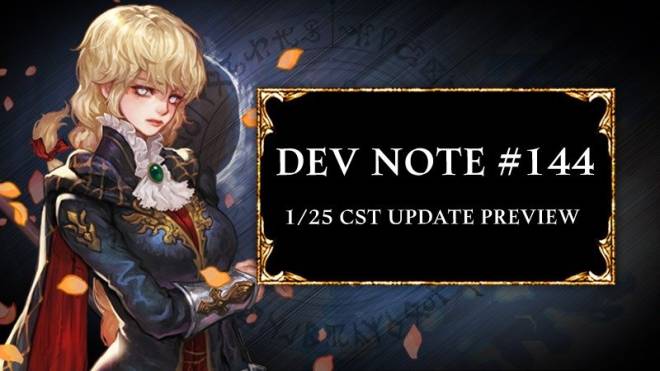 Greetings Heirs,   For Today's Dev Note, We would like to share some information about the upcoming 1/25 CST Update. The 1/25 CST update will be containing QoL improvements and Servant Balances.   ⭐ QoL Improvement / Suggestion Implementation ⭐   > Craft Improvement Many have suggested that there is difficulty in crafting souls with 3-star servants. Thus, we decided to add a tab where you can consume up to 30 3 star servants at once to craft Soul Crystals.   > Gear Craft Requirement Change There are cases where many users cannot craft gears even though they have enough gear materials due to the level requirement. Thus, we decided to remove the level requirement in crafting gears. After the update, everyone will be able to craft gears without any crusader level requirement.   ⭐ Servant Balance ⭐ > Dark / Light Xita Xita had a very weak passive even though he is a Light/Dark DEF Ignore DPS servant. The passive effect, 1st skill effect, and Combo Skill have been improved. The Half Moon Slash damage has been reduced due to the increase in effect in the skill.   1. Skills 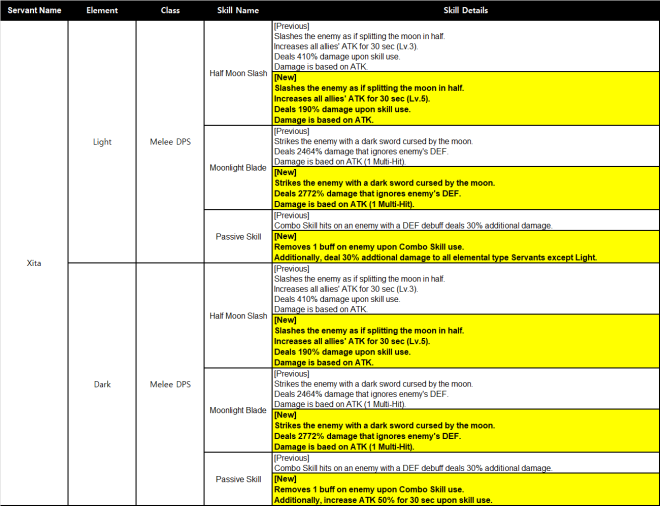 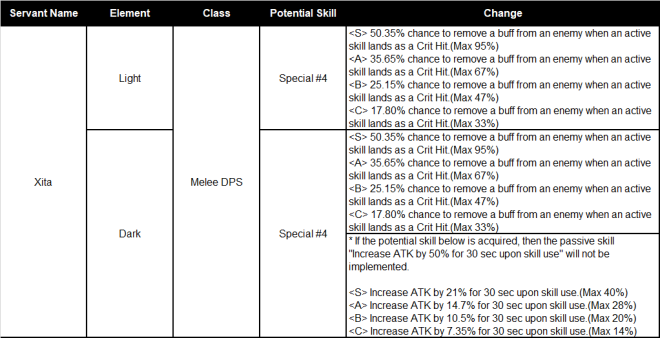 > [A] Leto To fit as a DPS servant, we have adjusted the team passive and passive to be more ATK based.   1. Skills 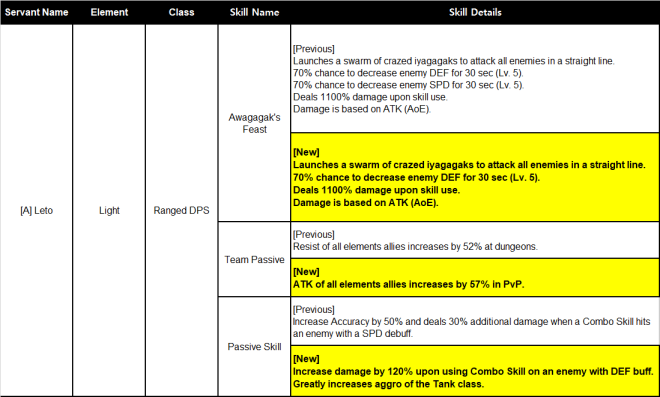 We are continuously debating, thinking, and preparing ways to bring a better game experience to all users. We will share more information with an official announcement when all preparation is complete.   Also, we will continue to bring more servant balance as we have prepared above in the future. Please feel free to share your feedback and suggestions with us.