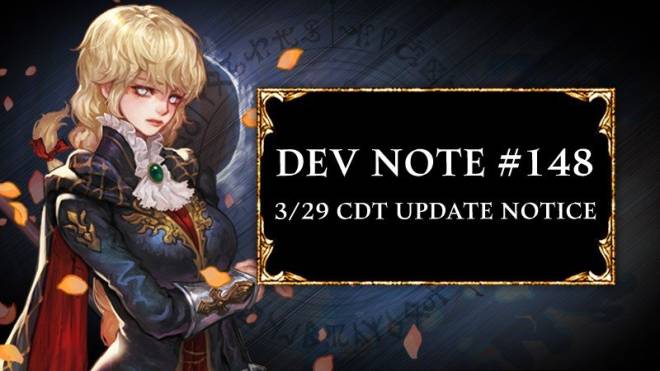 The shard rates in the Sanctuary are as seen above. The shard rate increases as you progress to higher stages and we recommend shard farming in higher stages of Sanctuary.   The reason behind this change was that we were not happy at the fact that users would not easily attempt to grow servants because of high Transcendence levels. So we wanted users to experience using diverse servants as there are many attractive servants in the game.   Now with the 5.5 update, it is possible for Fire/Water/Forest Servants to each T10 in a month and a half with just Purifying Grounds. For Light/Dark, it is possible to each T10 in 2 months with Purifying Grounds and Shard Farming in the Sanctuary. We hope that many will attempt in growing diverse servants and experience them.   🔹Live Stream Suggestions   In the 5.5 update, we have added auto reroll for potential skills, decompose count, and other features. Also, We have changed the Boss Raid and Boss Invasion rewards to bring value to competing with others in the ranking. We have added value to the Boss Invasion Daily rewards by providing materials for growth in lower floors while increase conversion materials and removing lower gears in higher floors.   The Transcending Aura and 7-Star Gears have been added to the Black Market Item list and also increased the max capacity of Gear Materials to 999,999. We will continue to apply and reflect on more suggestions in the future.   🔹3/29 CDT update - Servant Balance The upcoming 3/29 CDT update will be regarding Healer and Tank Servant Balance.   🔺 Light Caesar Light Caesar is a servant that is not as attractive compare to the Healer Servants. In the next update, the Buff count in the Passive Skill will be increased from 1 to 2 Buffs. Also, immunity to all allies for 10 secs upon combo skill use will be added.   🔺 Dark [A] Lucien The Buff remove count in the Flight of the Hummingbird skill will be increased from 1 to 2 buffs. Also, remove 2 debuffs on all allies upon combo skill use will be added to the Passive Skill.   🔺 Tank Servants Tank servants with "reduce damage upon being hit by any skill with Crit" passive will be buffed. The damage reduction rate will be increased from 50% to 60% and can be reached up to 70% with Special Potential Skill #2.   The changes will be made to the following servants: - Fire/Dark Scar - Fire/Forest/Light Teresia - Water Valk - Light Spiegel   🔹5.6 Update Content - Party Raid   For the 5.6 update, we are preparing for Collaborations but also preparing to add Floor 6~9 for the Party Raid. The rewards will be increased based on the new difficulties and we are hoping to see everyone attempt the highest floor difficulty. Also, we are preparing to bring new collaboration, events, benefits, and other QoL changes.   That's all for today's Dev Note   Thank you