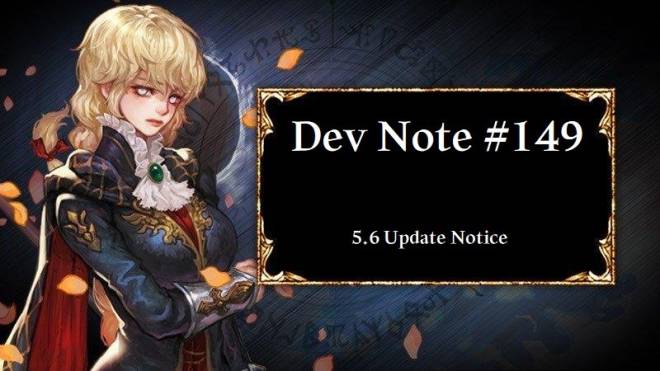 Greetings Heirs,   Long-awaited Sweet Home Collaboration 5.6 Update finally arrived. While we covered the details in the Update Preview and Dev Leo's Youtube video shared last week, we are here to go over some important details once again for those that missed the preview.   🔶Collaboration Servant Introduction   ⭕Hyun Cha   The main character Hyun Cha uses an electric spear to fight the monsters in the original Webtoon. To reflect this character design, Hyun Cha in Heir of Light is designed as an Ignore-DEF servant using "Electrocution." 2nd skill can electrocute the enemy, and the enemy takes 30% additional damage while electrocuted. Hyun Cha also has a very powerful Passive Skill that not only increases Accuracy by 150% to land more "Electrocution," but also increases ATK by 100% and removes buff on the enemy upon Combo Skill.   We expect Hyun Cha to be a very powerful Ignore-DEF DPS servant. Also, to reflect the impact of his transformation into a monster in the original Webtoon, we invested a lot of resources to create his Combo Skill that involves transformation. We hope the Heirs enjoy the Combo Skill animation we prepared.   ⭕Steroid Monster   After a long discussion, we chose the Steroid Monster as our second Collaboration servant. In the original Webtoon, this character gained a lot of popularity and the fans gave him a nickname "Protein." Being one of the major characters in the original Webtoon, we thought the Steroid Monster would be a fun & impactful character for our Collaboration.   In the original Webtoon, the Steroid Monster is covered with incredibly hard muscle that keeps him alive even after he falls from extreme heights. To reflect this design, we designed the Steroid Monster as a Tank servant.   Steroid Monster is the first servant in Heir of Light to have immunity against DEF debuff. He also increases his HP when his HP drops below 70%. We expect him to play a huge role not only in PvP but also in higher Party Raid floors we added this update.     🔶New Servant Trial Function   We understand that Heirs get very eager to try out the new servants or even the Light/Dark version of the new servants whenever a new update hits. Starting this update, we will be adding New Servant Trial Function. Once an Update arrives, Fire/Water/Forest/Dark/Light Collaboration servants will be sent to Heirs' Mailbox. The Transcend Level of the Trial servants will be set to match the Transcend Level of 5★ servant of an Heir's possession with the highest Transcend Level. The Trial servants will also have Potential, Skill, and Mark fully equipped. Potential can be changed without limit. Trial servants can be used for 7 days after they have been claimed from the mailbox. We hope the Heirs get to try out the new servants in various content to determine which new servant to invest in.   For new Heirs that do not have any servants with 5 Transcendence or higher, the Trial servants will be awakened 5 times with 5 Transcendence.     🔶Sweet Home Collaboration Event Dungeon Update   This Collaboration with 5.6 Update is the first collaboration with Event Dungeon.   Heirs will be able to face Fire/Water/Forest/Light/Dark Steroid Monster in the Collaboration Event Dungeon. Heirs will be able to obtain Torch that Heirs can exchange for great rewards. There are a total of 10 floors (1 ~ 10) in the Collaboration Event Dungeon, and higher floors will give more rewards.   Torch obtained from Collaboration Event Dungeon can be exchanged for various rewards. Don't forget to claim the Light/Dark Collaboration servant we prepared as one of the rewards. Please check out other rewards including Light/Dark T.Shard and Artifact Summon Stone.     🔶Feedback Reflection   ⭕Instant Awaken Improved   We believe the difficulty of awakening prevented Heirs from getting full experience from their servants. We will be improving Instant Awaken to awaken any servant to 4th Awaken instantly.   ⭕Potential Max Level Enhance Added   We will be adding a Potential Max Enhance function, a function that many Heirs have been asking for. It was quite time consuming to level Potential one level at a time. With the update, Heirs will be able to enhance Potential to level 20 at once.   Please note that Potential will be enhanced until necessary resources are exhausted when Heirs don't have enough resources to enhance up to level 20.   ⭕PvP Group Placement Standard Adjustment   There were some matchmaking issue with PvP as more players were placed in Diamond group than we expected since 7★ Equipment and Artifact Update increased Growth Score of many Heirs. We will be adjusting the Diamond Group to require 1,200,000 Growth Score or higher to adjust the population of Diamond / Platinum group.   That's it for today. We hope you enjoy the Sweet Home Collaboration. Feel free to leave any comments below.   Thank you.   Flynn