And in case some of you might ask, the Ronan on the right side is a character from Fire Emblem series, I forgot which one but it's an old title that had been featured recently in FE: Heroes as a new gacha unit. Meanwhile, some of the players who are interested with GrandChase's lore might be wondering, "why is Lass labeled as 'half-demon' and not 'half-haros'?". Allow me to explain: while I'm a devout worshipper of MyungHwarin, you must know that Haros is just another demon race as stated from the Fandom Wiki aside from Ancient Demons (i.e Duel and Edna) and Asmodians (i.e Dio, Ley, Zero, Veigas). Though Haros is a greek word for "Grim Reaper", they are indeed a race of demons that Dio is afraid of (no spoilers but feel free to ask me). It also known that Lass was used to be a hideous "monster" so no matter how cute and adorable Hwarin is, she is actually a demon too except that Haros tribes don't have the same characteristics as Asmodians have like their skin and horns. 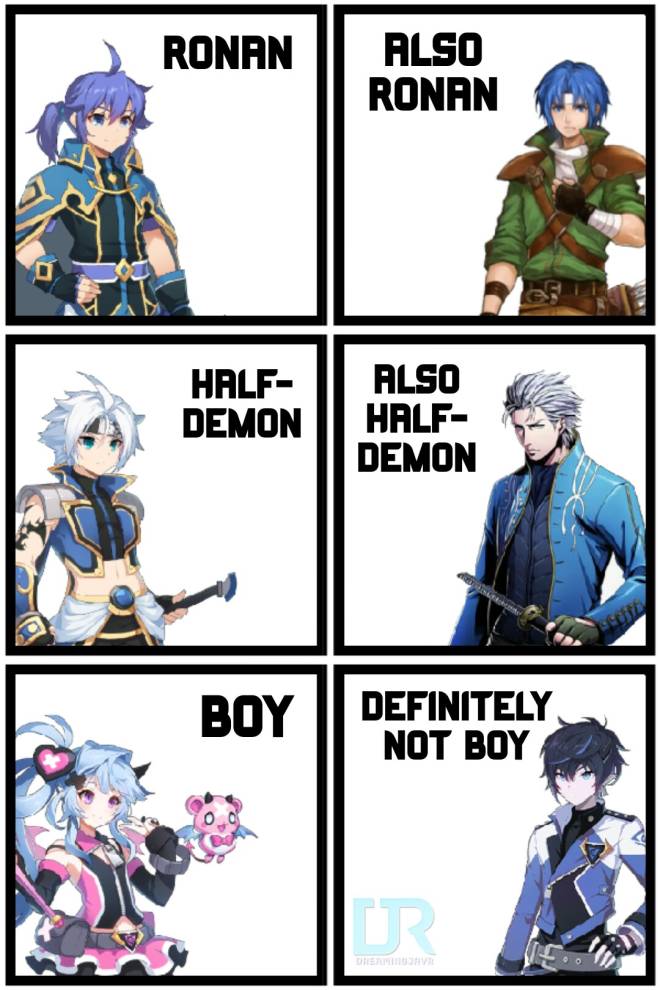