Why the Re:birth Labyrinth is so bad on Global?

Why did you do that to the global version? The Re:birth lab is so bad in global compared to the Korean version I just don't understand how you can think it's a good idea! On global we have to spend a lot more RE:birth coins for less rewards: 176 syntesis for global / 40 in korea Rewards are really bad on Global... We don't have crystals in the daily quests... We have to pay huge amount of blood gems to buy S rank skins on Global but in Korea they are Free! We have to pay 1900 crystals to reset a card but in Korea it's only 1000! We have to pay more crystals but you took out the crystals of the daily quests? Really? Can you please rework this feature for global? It's really bad and annoying also are you going to add the blood gem summon? If yes why the hell do we also have to pay for the skins with our blood gems? You already overcharged whales for the freakin scam pass at 50€! 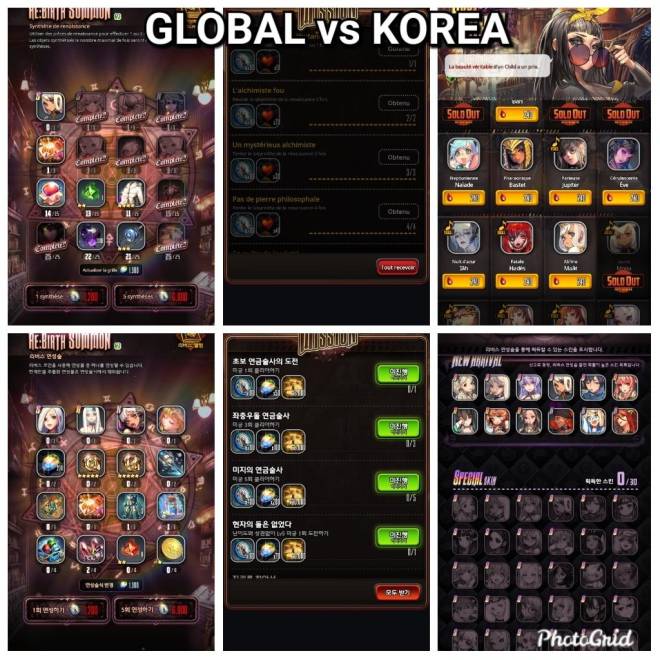