Ok now, it's been a while since last World Boss, I know, but I honestly forgot about this. So almost at the end of the World Boss I was curious about how ranks were going in general, so I took a look into the teams in the top 100 to see how well built the Childs were, which Childs they were using, etc. Everything normal so far, but the thing is that I found these teams... 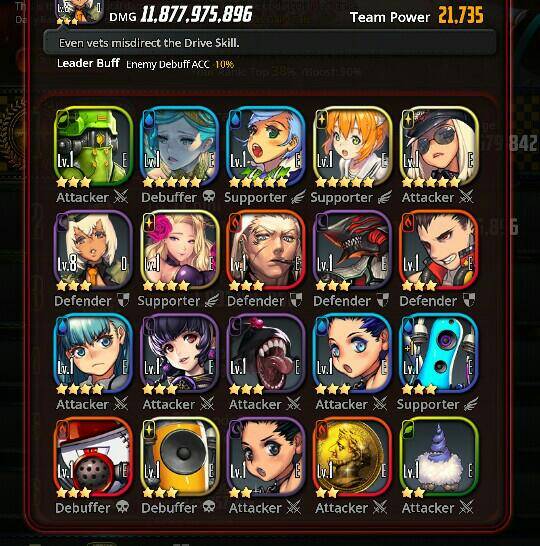 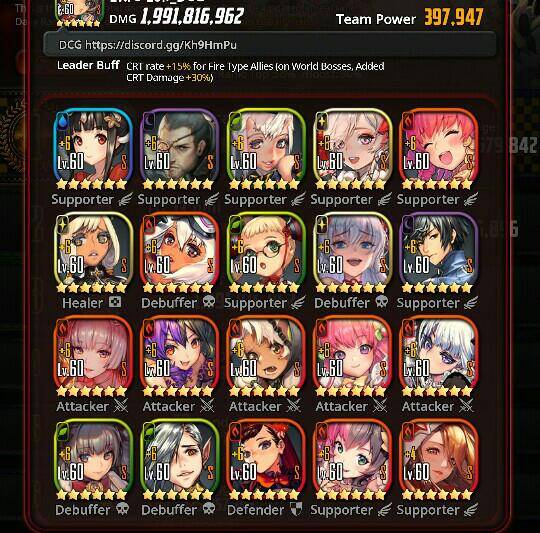 As you can see there's 3 cases that I took screenshot of, I also cut the picture so I don't throw sh1t to those players personally. Now then, in the first 2 teams you see Childs of even 3☆, they surely are low level players that just started playing, right? The thing is that as you can guess their Team Power is lower than 30k, HOWEVER their total damage is above 10.000.000.000!!! How is that even possible?!?! How can you possibly beat the hell out of the World Boss's ass so god damn hard with a team full of 3☆ Childs??? Now then, the third picture shows a player with a team full of 6☆ Childs AND uncapped 6 times, surely with equipment level 15 and Soul Carta level 50. The Team Power is almost 400k, clearly higher than the first 2 cases and with higher quality of Childs none the less, however... the total damage is ALMOST 2.000.000.000, which means that even having a better team, a better Team Power, better everything, it's way behind the other 2 because of the DMG they've done to the Boss SO, I honestly don't know what happened here, if it's a glitch of the game or what, but I kind of get the feeling that those 2 are premium players, however that doesn't explain how they made it so far with low Childs so I'm not sure. What I AM sure tho is that no matter how hard normal players like us try to level up our Childs to get to the top, we'll never get there if we don't "pay the fee" if you know what I mean, which sucks Anyone got an idea of what happened here? Any thoughts to share?