Hi everyone, with the new ignition update PvP has become increasingly difficult, but at the same time this gives us the possibility to create different and interesting teams to use or face against.   Most of the time I have found different types of teams than before.     Here is my new team: The main strategy is to synchronize Banshe (Sleep debuff and def to 0, at random) and Madfet (x6 hits, priority debuffed) slide as close together as possible, this way she will have a chance to one shot any enemies.   It happens sometimes to crt with Madfet for over 30k+ damage if the target has Banshee debuff. (5-8 k crt damage without Banshe debuff, depending from the enemy defense and buffs)   Banshe slide + Madfet drive is a good combo as well, lots of damage + recovery block.   Pomona, Dana and Thisbe (leader) help to control and maintain alive the team.   Revives allies and immortality buff are really important in this team, because most Platinum 5 players use ignited childs in PvP and I often lose someone during the battle.     Equipment:

Skills order (I play it manually, this setting is for PvE): 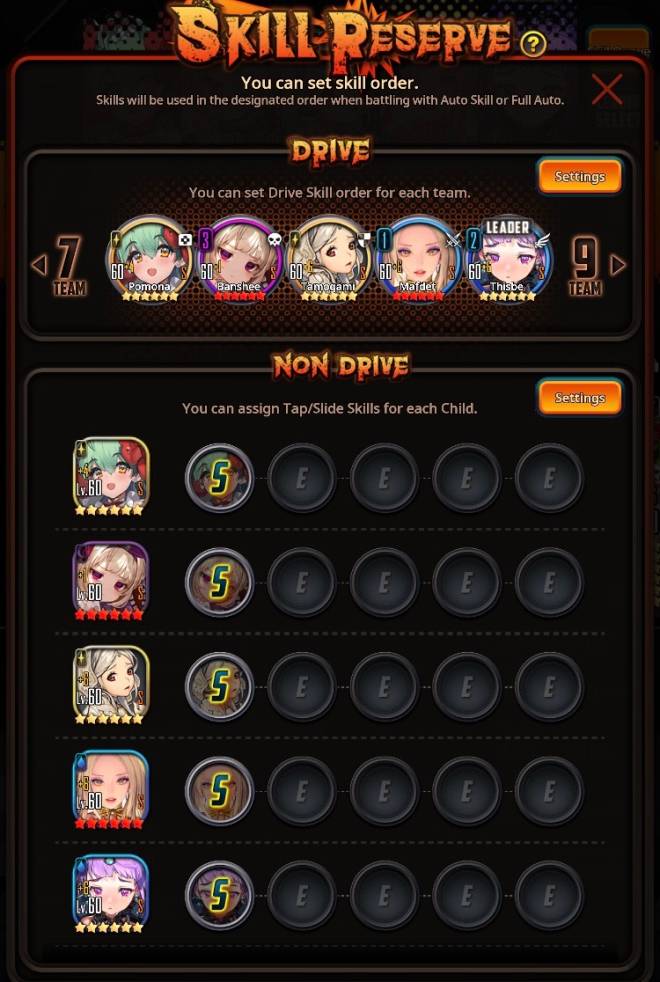