Could use some assistance maximizing ragna efficiency

So this is my current kit for the ragna: 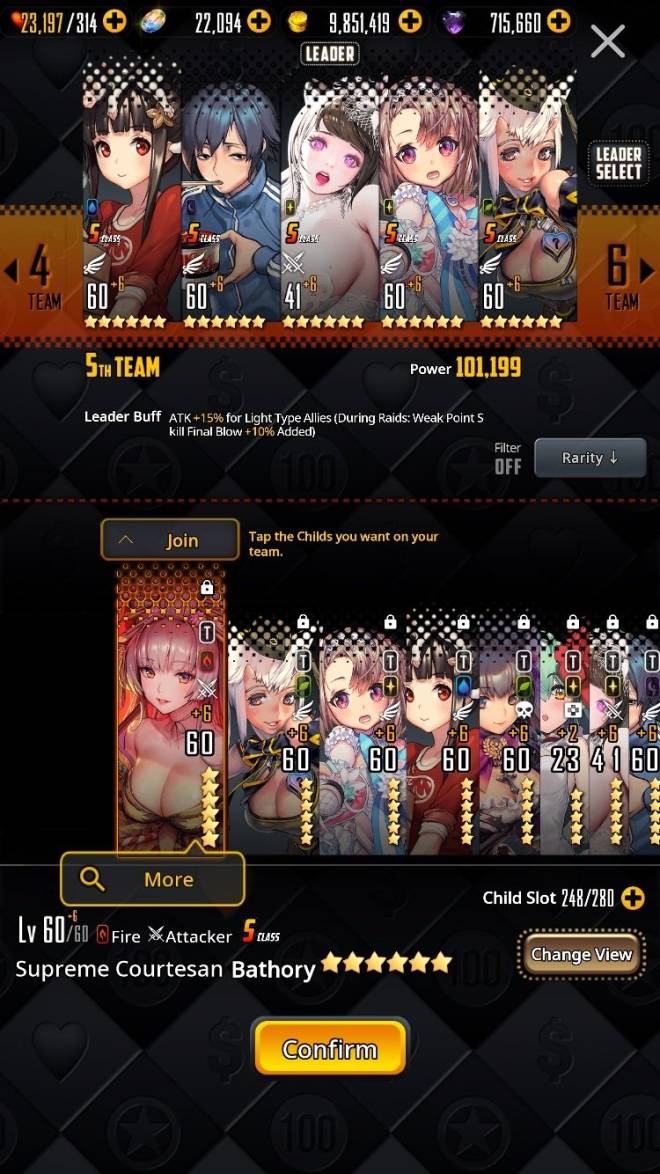 Relevant Team Description: - Hildr/Neptune have highest attack, allowing Change/Mona speed buffs to constantly allow for dps and healing throughout - Hildr's kit: Q flask, Vamp Kit, Seventh Time Running Away carta, A level and prism respectively and maxed out. I'm pretty sure I can't juice the dps more, but if it's possible I would appreciate any advice. - Skills: All relevant skills are level 7 maxed: Hildr tap/slide, Neptune slide, Change tap/slide, Pantheon slide, Mona tap/slide - Spa Levels: Supporters are 39 or above, Hildr is at 14. - Drive order: Change, Neptune, Hildr (meter buildup, random drive/drive defense, fever crit)   I've managed to finally one-shot a ragna since playing back in season zero and I'd like to climb the ladder as high as I can. Besides the obvious Hildr levels that I need (currently at lv. 58 at time of post), I would appreciate any advice on cutting down my kill time. My current time is 3:35.   This boss, in line with recent bosses, has an annoying charge slowdown debuff that my team can only sporadically deal with Neptune spamming healing everywhere and hopefully balancing out the debuff on the right characters. So, I've been experimenting with leader abilities, specifically Hildr vs Neptune. However, it seems the loss in fever dps is significant and would only extend the time it takes to one-shot the boss.   So, I attempted to rework my kit so Change had higher attack than Neptune in order to better abuse the cooldown/recharge skills Change is known for. Skill description states it prioritizes the highest attack. BUT, numerous ragna attempts have resulted in Neptune STILL receiving the cooldown buff despite having nearly 1500 attack less than Change.   My rationale of seeing players with kill times of just over 3 minutes was that they were optimizing speed over attack, even though most of them have Hildr as leader. Their team lineup is identical, so I assumed they got Change to buff herself and started spamming charge gauge fill-ups. Beyond dumb luck determining my kill time, is there anything more I can do to either fix the speed buff allocation or increase my dps?