So I cracked and blew away my crystal savings, and bought some crystals and bought 1 Hildr, even though I knew it would be unwise. ( Rant over ) 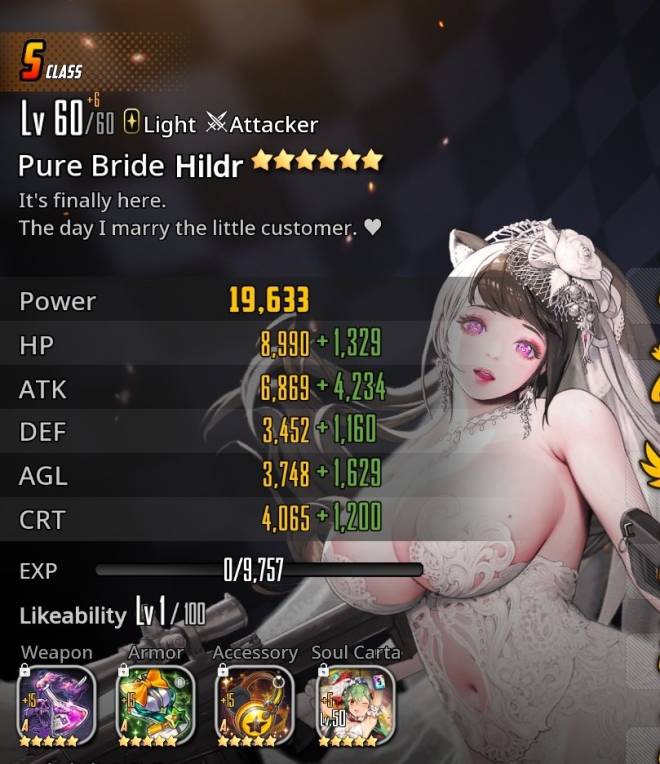 Tap and Slide skill maxed out. She's slightly stronger than Cleopatra which adds up in the long run, and getting her focus to work is never a problem, so add that to the long run as well. Always trigger fevertime with her drive skill which is the focus skill. Cleo is no longer the only one who can spam critical hits during fever time.   Soul Carta is "Centennial Vow" which boosts ATK and AGL with a special option to boost tap skill damage to 765 for light attackers in raids. For this reason I capped out Bridal Hildr's tap skill as well.   Use her slide skill all the time. 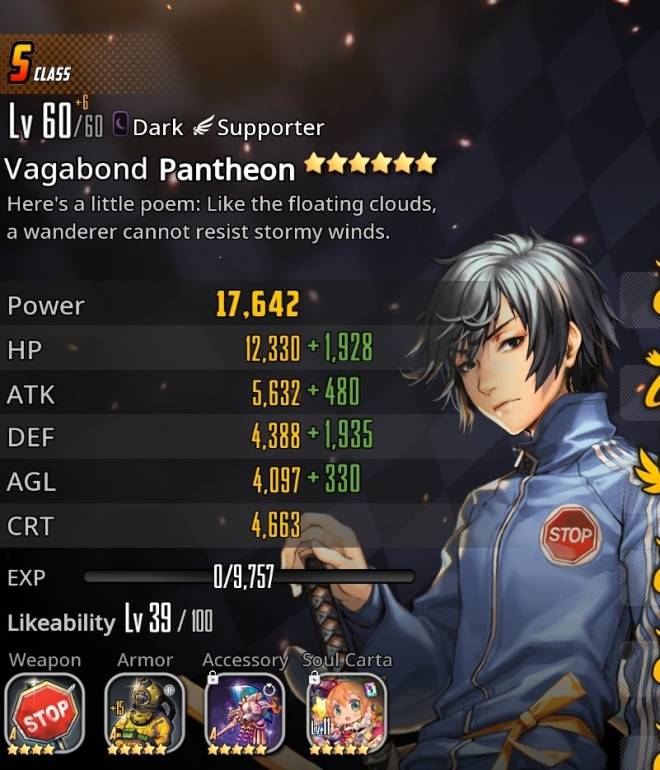 Surprise surprise. He's back. and on the most part all he really cares about is some decent armor and a healer. Not only will his slide skill make the member with the highest ATK get 62% odds to hit criticals, but the critical hits will hit 67% harder.   Slide skill all the time. 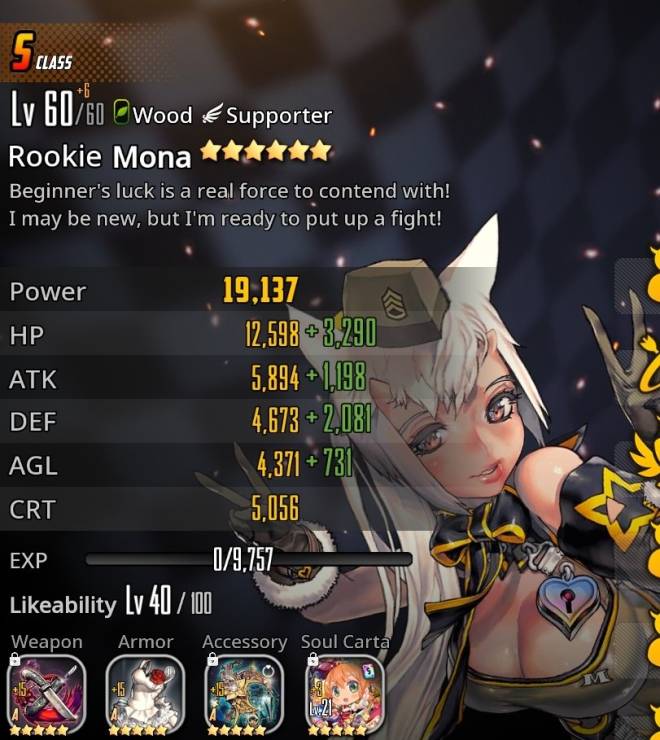 Rookie Mona. 64.5% charge speed for 2 highest attackers. And 15% increase in weak point damage proportionate to the amount of buffs. Her drive skill is 1 of 3 we use here. Always use her slide skill. Chang'e. Charge amount +78% with a -2 second cooldown for slide skills. Priority 2 with highest ATK. Use her slide skill.   I don't usually use her drive skill in this party but it's a matter of preference. I'm only interested in beating the boss, and not trying to break speed records. 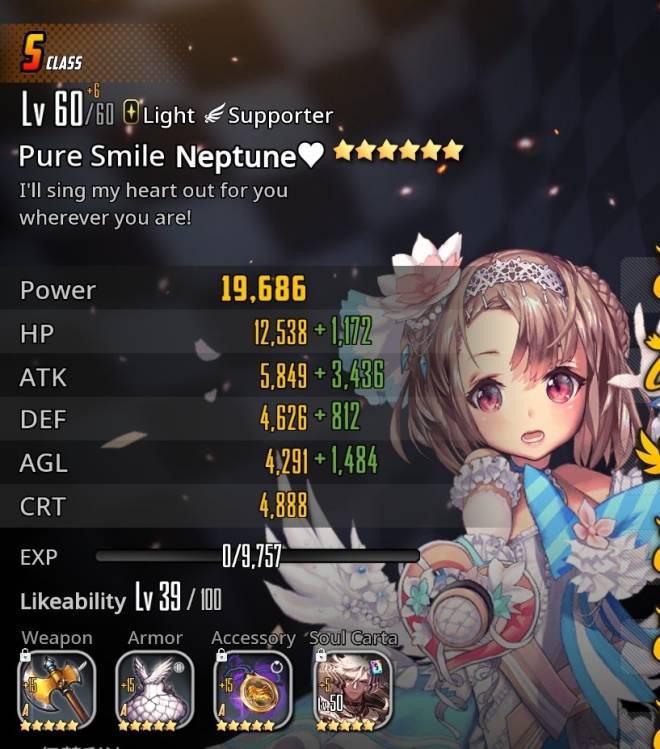 Neptune. Heals, speed buff, Double Edge Sword for the member with highest ATK stat. with just her slide skill. Her tap skill can increase heal amount by 52% so using her tap skill is a way to anticipate a better heal when we use her slide skill again.   This party moves fast. Because of that we're prone to having to cast Neptune's drive skill earlier than I'm comfortable with.   . . .   Straight forward party. Slide skill all the way. Can use any drive skill we please, as long as we use Bride Hildr to trigger fever.   My personal thoughts when comparing this party to my other dark raid party.   The Bridal Hildr party is more dangerous. It's fast and the boss Iphis doesn't seem to prevent Hildr's focus whatsoever. The Cleo party if you ask me feels more action packed, and suspenseful. There is that feeling of possible failure to one shot with the Cleo party which makes the game play more enjoyable, while with the Hildr party, it's a for sure win.   Neamhain is also fun to have onboard for a change with more buffs vital to dealing damage and nice animation to add that sense of action on amazing music. I use Chang'e every single day so with the Bridal Hildr party I'm not as excited.   At the end I include a tour of my child collection if anyone is interested what's going on back there.