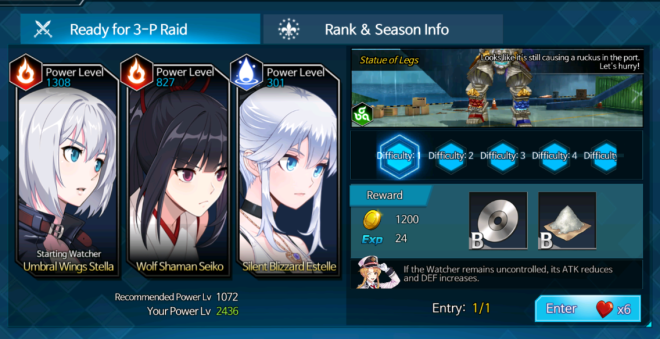 ■ 3-P Raid Battle Guide 1. Captains can select three of your elite watchers to participate in the battle. 2. In the 3-P Raid standby screen, captains can control the Watcher directly on the left side 3. Watchers that do not have direct control, have lower attack power, higher defense and will join the battle by AI. 4. During the battle, you can change the direct-controlling Watcher units by using tag.