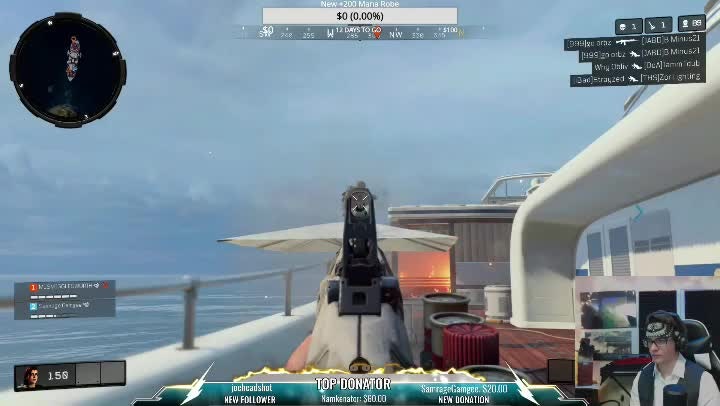 Here we got a crispy 6 Kill hot drop! Landed on the bow of hijacked boat. I happened to beat the other guy to the shotgun. He mistakenly picked up the ammo while I went for the gun, knowing I had 6 shots to eliminate while they ran away from me, like a timid mudcrab. Knocked them out! Then planned my strat accordingly to the other battles occurring on the horizon. Saw a level 3 armor peasant lying in the dirt, looking for food while another little trapeze artist was jumping about like a flea. Finished them off and went for the clean up on isle 3. Snagged some armor and the rest was history. In hindsight I should not have jumped off into the water but ehh, I’m the kind at turtle head tactics, but it was an unfortunate ending to an epic start. What’s your favorite place to hotdrop in #blackout? #callofduty #blackops4 #twitchclips #wizard #twitchstreamer